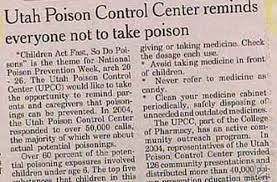 
Being Bilingual May Delay The Onset Of Alzheimer's – Or at the least you forget stuff in multiple languages.


Oxford dictionaries name 'selfie' as word of the year – Damn, I was routing for “gubba.”

George Zimmerman charged with assault and battery after disturbance call – He is claiming self -defense because his girlfriend was wearing a hoodie and offered him some Skittles.


Tom Brady, Gisele Bundchen bodyguards sentenced to 5 years after shooting – So I guess Brady is going to miss a few games, what was he thinking.


Gay waitress who received note about 'lifestyle' in place of tip will donate to Wounded Warrior Project    - I wonder if the deadbeat asshole who left the note will contribute the withheld tip to a worthwhile cause…Hmmm…probably not.


Husband Convicted Of Manslaughter After Dutch-Oven Goes "Horribly Wrong" – Cranky Old Man does not normally include headlines of a tragedy, but this is just over the top!


OK, just checked this out and it is a hoax…still funny! (Not counted as the fake headline because it is a real fake headline…or something…


Apple developing a computer that can be controlled by blinking – It will be called the i-lid.


British People Are Furious That Kate Middleton Twirled Her Hair In Public – Hmmm…that is really disgusting especially for someone in British Royalty…WHAT? Oh…PUBLIC…never mind.


Navy POW held by China runs for Senate in Nebraska – Ah…excuse me, China, but if he is in Nebraska YOU’D BETTER LET HIM GO!!


The winners who correctly identified the fake:


i think it's the tinker toy story. i don't think a kid today has any idea     what a tinker toy is.
Visit  TexWisGirl @ http://run-a-roundranch.blogspot.com/
Visit lime @ http://houseoflime.blogspot.com/


The fishducky award for funniest comment goes to lime who didn’t think a three year ole jumping tinker toys on a trike was strange, but reasoned that a kid today wouldn’t kno know what a tinker toy is.
Posted by joeh at 7:39 AM