This re-run is from November 2012.  I submit it again in hopes it will promote understanding during this week of Thanksgiving. 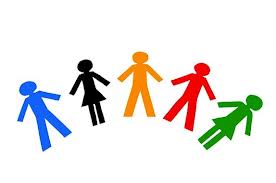 The recent election has convinced me, much to my disappointment, that this country is still not ready to accept racial and cultural differences.  As a member of a new minority this concerns me greatly.  I think much of the problem is that people just do not understand my culture and its traditions.  I will attempt here to explain my culture and its traditions in the hopes it will promote greater understanding and tolerance.


That’s right, Cranky is a WASP! 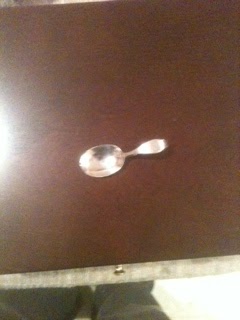 Cranky's baby spoon...unashamedly born with a silver spoon in my mouth!


I will hide my heritage no longer.  I am proud to be a WASP.  Oh sure there was that little thing about slavery, but I did some research and it turns out that none of my relatives ever owned other people.  Some may have been nasty bastards that took advantage of people of lesser means, but there is no proof of that.


I often read about the difficulty and hardships that people of non-WASP heritage had to endure growing up; well let me tell you, growing up WASP was not a picnic.


I have been subjected to numerous hurtful WASP stereotypes:


All WASPs have thin lips…ok this one is true but it is still hurtful to point it out.


All WASPs are not rich; some are just comfortable.


All WASPs are not named Biff, Buffy, Mitt or Trey.  If someone has one of these names, he is a WASP, but all WASPs do not have these names.


I had to endure several WASP rules growing up:


WASPS must not show emotion.


Crying is for women only and then only in private.


Anger must be behind closed doors.


Cursing is unnecessary as long as you can say gosh darn, gol dang, crummy buttons, dang, cheese and rice, shoot or flip, there is no need to curse (WASPs do not say cuss.)


Men can laugh, but knee slapping is frowned upon.  Women must hide their mouth and feign embarrassment if they dare to laugh.


Men will fart, but it will be called breaking wind, and it is never acknowledged by others.


WASPs do not cry at funerals. They sniff and dab at their eyes.  Anything else is considered undignified. 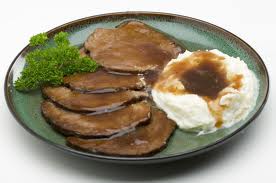 WASP children are not brats…they are precocious.


WASPs are never wrong…we are misinformed.


WASPs have a special affection for silver.  Silver is elegant, gold is “showy.” Silver is especially important at the dinner table.  Every setting has several different forks,  everyone has a butter knife and there is an array of special silver utensils like a tiny fork for stabbing olives, a giant round knife just for that Thanksgiving cranberry log, and of course a silver cake cutter. 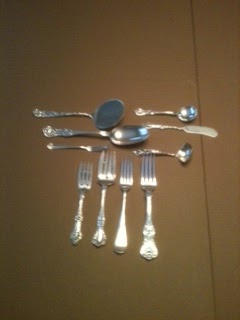 Important WASP utensils
Cake cutter not included...I think my brother got it.


My favorite WASP silver is the small silver salt bowl…with a cobalt blue glass insert.  A tiny salt spoon held between the thumb and middle finger, and tapped by the index finger distributes the salt.  It takes the average WASP years of practice to master this technique. 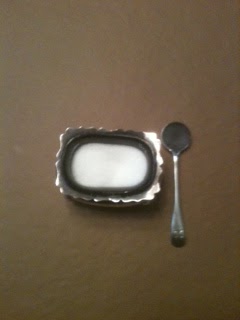 Holidays at a WASP house smell of turkey, silver polish and furniture polish.


WASPs do not get drunk…we get inebriated.


I would tell you about WASPs and sex, but I am a WASP.

Most WASPs are good people.  We have a heart, we go to church, we give to charity, and we are honest and hardworking.  We love our family, and we love our country.


I hope some of these rules and traditions have helped you to better understand my culture.  I am a WASP.  I am proud to be a WASP.  Someday maybe non-WASP people will learn to be tolerant of our traditions.