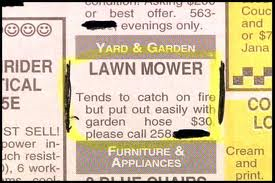 
This week’s stupid headlines and my stupider sophomoric and sometimes offensive comments.


Irradiated corn plants produce self-popping corn – They could make quite a mess if not harvested in time.

Tom Cruise: My work as an actor is as hard as fighting in Afghanistan - I guess, except for the bullets and of course acting pays $87,000 more per hour than a soldier


Vatican survey addresses gay marriage, birth control – I realize these are relatively new concepts for the Vatican, but seriously…gay couples really don’t have to worry about birth control.


Berlusconi says his woes are like what Jews had under Hitler – Well yeah, except for without the work camp, starvation, torture, and gas chamber thing.


Religious beliefs keep high school runner from wearing bib number '666' – There is a reason elevators always skip from floor 665 to 667.  (Seriously this was so dumb; just give the girl a different number…stupid power hungry inflexible bureaucrats.)


Doctors find giant ball of fungus in man's lungs – At least they found a new body part looking for it.


(Ball of Fungus…wasn’t that the name of Suldog’s rock band?)


Justin Bieber reportedly goes to a Brazilian brothel and leaves in a bed sheet – Damn, those ladies took him for everything!


Let there be light! Thanks to large mirrors, winter sun finally shines on Norwegian town – Break that mirror and its 943 years of bad luck.


Home Depot says sorry for 'offensive' tweet – I’m all the time apologizing for offensive tweets…and I’m not even on Twitter.


Man’s law suit against toy boomerang company comes back to haunt him. Do you know what they call a boomerang that doesn't come back? A stick!!

I'm going to bow out of this competition after today--but I'll still be reading them!!


even before i read fishducky's comment, i decided to go with boomerang.

no, fishducky, don't go! who will we idolize in your absence!!!

As fishducky is bowing out of future contests Cranky Old Man has decided to create an additional award for the funniest comment on any Stupid Headline.  This award shall be named: 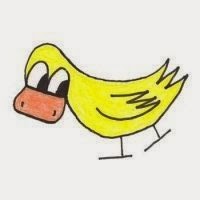 Without permission, steal it...I won't tell!
Posted by joeh at 9:06 AM