THE TROUBLE WITH BIG BANKS - I told you so 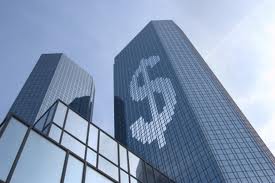 The CEO of JP Morgan today testified to congress on what went wrong in their recent multi-billion dollar trading loss.  Below are reporter’s excerpts of Mr. Dimon’s explanation.
To summarize:  Traders are too big for their britches, they have everything to gain and little to lose for trading errors, and Risk Management Officers are afraid to rein in traders who are producing profits regardless of the risk…WHICH IS THEIR JOB!!
OR
SEE my post of last month  http://joeh-crankyoldman.blogspot.com/2012/05/what-is-trouble-with-big-banks.html
Dimon to explain trading losses
Dimon's opening statement provided a brief sketch of what the company now believes went wrong, starting with a trading strategy within the firm's chief investment office that was "not carefully analyzed."
(OOPS 12 billion dollars lost by people paid multi-million dollars a year to understand what the FRICK they are doing!)
Some of the blame also fell on the traders themselves, who Dimon said "did not have the requisite understanding of the risks they took."  (See above!)
As trading losses started to mount in March and early April, Dimon said, the traders attributed the losses to temporary market movements, and not a flawed strategy. (See above…AGAIN!)
Dimon, the only scheduled witness on Wednesday, also said that the unit's risk managers fell short, and that personnel in key roles "were generally ineffective in challenging the judgment of CIO's trading personnel."
(See above…ONE MORE TIME!)
While most of the blame falls on the personnel and activities of the chief investment office, Dimon allowed that senior managers should have more closely scrutinized the group. (HELLO…see above!)
"CIO, particularly the synthetic credit portfolio, should have gotten more scrutiny from both senior management and the firm wide risk control function," Dimon said.  (Ya Think!!)
What makes anyone think that a product called a "SYNTHETIC CREDIT PORTFOLIO" might be risky.  These guys were NOT trading to hedge against risk, they were TAKING HUGE RISKS AND THEY DAMN WELL KNEW IT!!
Here is my stupid idea about how to run a profitable bank – Pay depositors 1% to hold their money, and then lend it out at 6% to credit worthy investors who put up collateral which is worth the same or more than the actual loan.  I guess that is a boring concept!
Posted by joeh at 8:34 AM