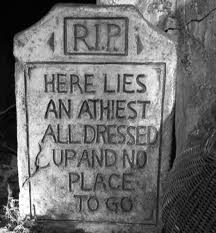 I try to keep politics and religion out of my posts and on my comments to other’s posts.  I have learned that my positions or opinions are not apt to change other people opinions or positions.  Friendly discussions on these matters generally degenerate into full-fledged nasty arguments.  This is just not productive.
In the interests of full disclosure, politically I am generally fiscally conservative and socially liberal.  I do not think that President Obama was the most prepared or experienced person for his position, but I also do not believe he is an evil communist who seeks to become a dictator.  He is a politician.  He is our President.   He does not get my vote, but he deserves and gets my respect.
Religion is an even more personal topic.  I am spiritual.  I believe in a higher power.  I try to be a good person.  I do not wish to tell other people how or whom to worship.
Recently a blogger whom I was following made several political and religious comments.  They were made in a matter-of-fact tone indicating that, of course, every intelligent person reading the post agreed with their positions.  Generally I will not comment on these types of positions with which I do not agree.   I will not stop following someone simply because I disagree with their assertions.  This post was different.
The tone of this post was elitist and derogatory.   First there was a casual comment equating Mitt Romney with a spoiled brainless rich poor excuse for a human being.  I let that slide.  It’s politics.  I understand.  The next remark in this post was a knock against all religion.  This person declared themselves to be an atheist.  The declaration had the tone that suggested anyone who was not an atheist believed in fairytales and was clearly of lower intelligence to non-believers.
This I could not accept.
I understand Atheism.  I have my own doubts about the nature and existence of a divine force.  I sometimes wonder if there is in fact a loving God.
If you choose to be an Atheist I understand.   But to proselytize Atheism as if bringing people to your belief in non-belief will somehow make their life better…this I do not accept.
The concept of any religion makes Atheists angry.  Atheists believe in nothing.  They revel in their intellectual non-conformity.  Even the very name of their non- belief system runs counter to the “I before E except after C rule.”
I wonder why it is so important for these people to convert others to their non- belief.  Atheists love to preach on how many wars have been fought and how much misery there is in the world because of religion.
I point out that it is evil people (probably non-believers) using religion for evil purposes that cause much of the world’s problems.  Evil uses religion; religion does not create the evil.
Religion among other things fills the void of that which science cannot explain.  Apparently Atheists believe that science can or will eventually explain everything about life and our world as we know it.  This will make religion and God obsolete.
Atheists believe that science can explain everything right down to the very first molecule.
I have to ask:
Where did that first molecule come from?
I did not comment on this person’s post but I no longer am a follow.

I just got this in an e-mail from my college buddy "Fast Freddy."   I think it is appropriate to this post.