NO CONTRACT, NO DEPOSIT REQUIRED

NO CONTRACT, NO DEPOSIT REQUIRED 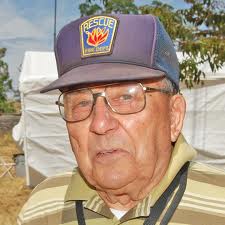 Some years ago I took several bids on a re-siding job for my house.  Siding is one of those jobs where no one will give you a quickie estimate.  I didn’t know to expect the job to cost $5000 or $30,000.  When I inquired over the phone on a “ballpark Figure” the answers were all very evasive.  Everyone wanted to send a salesman.
The first person to show up was from a large national dealer.  The salesman had samples and contracts at the ready.  His product was “the best” his service was “the best” and his contractors were “the best.” “The Best” part of his spiel was that if I signed a contract “today and today only” I would qualify for their once in a lifetime 20% discount.
Even with his “discount” the price seemed pretty steep.  I checked my driver’s license to confirm I was not born on the day before and checked that I was not wet behind the ears, and I told him I would get back to him.
The next contractor that came also sold only the “best” product and only the “best” service.  He loved my house, laughed at my jokes and thought my son was adorable.  His price was several thousand dollars below the “act now and get 20% off” guy.
He passed a contract to me with a pen and informed me he would need 20% down.  The fact that he was missing one and a half fingers concerned me.  I told him I would like to think it over.  I wanted to look at his work and maybe get another estimate.
“What, you don’t trust me?”
“Well I have known you for 55 minutes so of course I trust you but…I kinda want to think it over anyway.”
The third contractor came the next day.  He walked around the house and took notes before even ringing the bell.  Mr. Clemons was a crusty old guy with the powerful looking hands and forearms of someone who has swung a hammer for about 35 years.
He was recommended by several trusted sources, and had been in business locally forever.  Mr. Clemons showed me a sample of the siding he would use.  He said it was top quality.  It seemed to be the same as the samples of the “best” I had been previously shown.  He then passed me a piece of paper showing his price.
“I can start next week” he said.
His price was ½ the price of the “don’t you trust me” guy.
“That seems very fair.  Do you have a contract, and how much do you want up front?”
“No contract, no money up front, I’m a man of my word, a handshake will do.”
“I’m sure you are, but just out of curiosity, how do you know I am a man of my word?”
Mr. Clemons answered very calmly but somewhat ominously, “Don’t need to.  I know where you live.”
Mr. Clemons took one to week finish the job.
When he was done I handed him a cashier’s check for the full amount of the job.
Posted by joeh at 9:36 AM