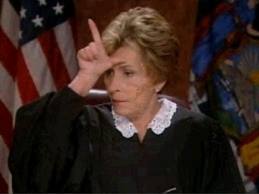 Based on my extensive observation of reality TV judge shows, I have concluded that women remember details, men remember shit.  Women particularly remember details when an event affects them emotionally.
Judge Judy: When did your wife catch you with this other women?
Husband: It was around November.
Wife (interrupting): It was October 18th your honor…Thursday…at 1AM.
Judge Alex: Mr. Smith, you say your girl friend gave you money to fix the car as a gift.  How much did it cost to fix the car?


Dude: Ah…around one thousand dollars.
Girl friend (interrupting): It was a loan your honor and it was one thousand two hundred and twelve dollars…and 87 cents.  It was on a Tuesday…April 12th…at 4PM…
Judge Karen: Sir, where were you when the plaintiff said you bumped into her car?


Dude: I was headed north bound on Main at the corner of Elm and Pine.
Lady (interrupting): Your honor…It was west bound, Main does not run north to south…and it was on the corner of Beeker Avenue and Elm…it was December 4th…Friday…12:06PM…I was wearing a green skirt and a white blouse.


Judge Marylyn Milian: Mr. Smith…how long were you and the defendant seeing each other before you decided to move in together.
Dude: It was about six weeks your honor.
Lady (interrupting): Your honor it was 47 days…7 hours…and 22 minutes.  We ended on a Thursday.  It was a cloudy day.
Women also always act as if the man’s lack of knowledge of detail is an indicator of his guilt.

Judge Judy: Sir, how often do you see your daughter?


Dad: Once a week and every other weekend your honor.
Mom: Your honor, he doesn’t even know our daughters shoe size!
Judge Joe Brown: Now Mr. O’Brian could you describe the vehicle that forced you to pull into Mrs. Brown’s lane and require her to take evasive precautionary action which due diligence was clearly necessary in this particular situation and resulted in the damage to both objects of transportation.
Dude:  What? (Judge Joe Brown will always use seven words when one will do.)
Judge Joe Brown: Did you see the car that caused the accident?
Dude:  Oh, it was a two door blue Lexus.
Lady (interrupting) It was mint green your honor…with a black pin stripe! Judge Joe Brown, he doesn’t even know it was a BMW!
Women not only remember minutia, they save records of EVERYTHING.
Judge Judy: Sir did you promise to repay your then girlfriend, or do you contend she gave you the money?
Dude: It was a gift your honor.
Ex-girlfriend: Your honor I have text messages saying it was a loan, I have a voice message saying he would repay the loan and I have a napkin with his signature guaranteeing he would repay the loan.
Guys just admit: It was not a gift, you were seeing someone else, you stole the cell phone, you meant to hit her, you trashed the apartment, you are a drunk, you burned the couch because you smoke dope, and you never intended to call her back.  Oh, and you don’t bathe, you fart a lot, and you never held a job in your life.
OR
Stay out of TV Courts!
Posted by joeh at 8:34 AM