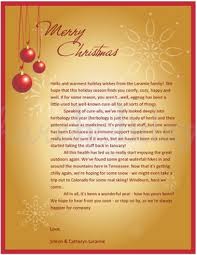 This post is from my unpublished book “I Used to be Stupid”.  It seemed too appropriate at this time of year to hold off until I raise the cash to publish for the sixteen people who will by the book.
It’s the day after Thanksgiving and already I have received my first Christmas Letter.  These letters are all the same and always leave me depressed.
It seems Mary and Bob have had another fantastic year.  Bob made Vice President of his father’s accounting firm and it came with a huge raise which enabled Mary and Bob to take two fabulous weeks in Tahiti, which apparently everyone has just got to experience.
Mary was this year’s top Tupperware salesperson in the region and received an opaque Cadillac Escalade as an award.
Little Maggie is all grown up and plans to spend the next six months touring Europe before she begins her residency in pediatric surgery at Johns Hopkins.
Bobby Jr. opted for Stanford this fall, where he received a full athletic scholarship after he was named all-state in soccer his senior year in High School.
Ralphie is a sophomore in High School this year where he hopes to maintain his 4.2 average.  He just loves his advanced physics class.
If that is not enough I was just overjoyed to learn that their toy poodle Toto won a blue ribbon at this year’s county fair for “sweetest pet”.  I think Mary’s little knit doggy panties helped steer the judge’s decision; apparently they were just too cute!
Well, my year has been pretty good, but this letter has once again made me feel like shit!  Thanks for the “Merry Christmas and prosperous New Years wish” Mary and Bob.  I may just celebrate with a dozen sleeping pills and a hot bath.
By the way, I don’t even know who the HELL Mary and Bob are!!
Just once I would like to receive a Christmas letter like this:
Dear friends,
Happy Holidays to all!
Once again the entire Hossenpfeffer clan has had an eventful year. Tom started a new career after being unemployed for eight months.  After six weeks he has already been given a promotion to chief fry cook in the 11-6 AM evening shift.  We are all so proud.
I would also like to announce that although I feared Tom has a drinking problem, this is not the case.  Tom has no problem drinking at all; in fact he is quite good at it.
Our little Bamby is a freshman in High school and I swear she is the most popular girl in her class.  She has a date almost every night and on weekends she often goes out with three or more different boys.  You would think her school work would suffer for all that activity, but apparently all the time she spends with that nice young Vice Principal after school is paying off.
Bruno is doing very well in Football this year and might even get a scholarship to State next fall.  To think he was such a skinny little boy until he started taking those vitamin shots twice a day.  Now he is just so big and strong I hardly recognize him.  The sudden unfortunate case of acne and strangely new Neanderthal-like eye brow also is hard to get used to.  He says it is just the vitamins.
Tom Jr. dropped out of college, but he is doing quite well in his own business.  He is cleaning up selling little packs of oregano.   Apparently High School kids just can’t get enough of it.  I think they put it on their pizza.
It has been a good year for me as well.  I was elected president of the trailer park association and I am also chairperson of the committee to clean up the park’s dog doo.  Next year I hope to recruit other members to help me in the clean up.
Speaking of dog doo we recently acquired a rescue pit bull.  She is such a sweet girl, she just loves to have you rub her belly and scratch behind her ears, but god help anyone who tries to mess with Tom Jr’s oregano!
Well that’s it from the Hossenpfeffers; hope you all have a Merry Christmas, and a happy and healthy New Year!
Now that letter would make my holiday happy!
Posted by joeh at 10:03 AM