THOSE WERE THE GOOD OLD DAYS

THOSE WERE THE GOOD OLD DAYS 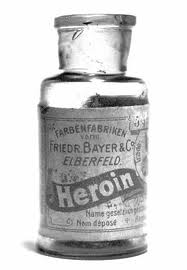 As a cranky old man I am guilty looking back and thinking “Those were the good old days.”  The days where we didn’t worry about bullying, self-esteem, AIDS, terrorists, Bernie Madoff, gay marriage, peanut butter, gluten, cults, illegal drugs, and wars in Iraq and Afghanistan.
In the good old days you could buy a cheeseburger for thirty cents.  Bowling costs thirty-five cents a game.  You could watch the NY Knicks play at Madison Square Garden for fifty cents if you had a student GO card.  A 45 record costs fifty cents, an LP costs $1.99.  Those were the good old days.  Stuff was cheap and we didn’t have a worry in the world.


Except:
Everyone had a friend or family member that was affected by polio.  We didn’t need a vaccine for measles, mumps, chickenpox, or rubella; when a neighbor child was sick, moms would bring their children over to get infected also.  It was best to get these diseases over early, as they were more dangerous at an older age.  Oh, the “good old days.”

Medical care was inexpensive, but often all the doctor could tell you was how long you had to live.

A TV cost as much as it does today.  The largest set was 21 inches.  You could get seven channels all in black and white.  I could not wait for the latest episode of “My Mother the Car.”

If you wanted air conditioning you went to the movies or the grocery store.  How I miss the “good old days.”

Telephones were big, clunky, and attached to a cord.  A ten minute long distance call from NY to LA could cost $20.  There was no call waiting, no voice mail, or texting.

Credit cards, took ten to fifteen minutes to process a purchase; the clerk had to call and verify that each card was valid.

We didn’t have to worry about terrorists, but as a child we had weekly air-raid drills (under the desk, get in a ball, and cover your neck with intertwined fingers.)  Every student knew where the “Fall-out” shelters were located in the school.  The wealthy families had “Fall-out” shelters in their basement stocked with can goods, water and a shotgun to keep out the riff-raff.  The riff-raff had to hope that if the A-bomb was dropped it would be during school hours when the shelters were open.

We had our own lovely war, Vietnam.  Thank God we fought that one.  Over fifty thousand killed, but we could still play dominoes….or something….I remember there was some kind of a good reason for that war.

Some “coloreds” didn’t like these private facilities so they had to be hosed, beaten with batons, shocked with cattle prods, shot or hung.  Ah the “good old days.”

Women were also treated special.  They could be nurses, secretaries, teachers, mothers or spinsters.  It was great having choices in the “good old days.”

We never worried about pollution, we just polluted.  There was plenty of room on the highways, rivers or oceans for those bottles, tin cans, and assorted refuse.  There was plenty of air, so we burned everything without worry about all that smoke.  If we needed heat we just burned stuff: coal, wood, whatever, and no need for any expensive processes to remove the smoke, just burn baby burn.  Leaves in the fall?  Just burn them.  Oh how they smelled good.

Everything smelled good; in “the good old days.”
Posted by joeh at 10:39 AM