THE GOOD TOWELS - a cranky re-run 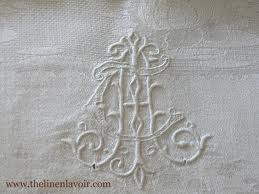 Last run in 2013 figured time for a favorite!
The guest bathroom in the house where Mrs. Cranky grew up was always adorned with lovely linen towels.  It was apparently well known that these towels were not to be used.  When my wife’s mom was several days from leaving this world, the result of a losing battle with Pancreatic Cancer, my brother-in-law asked with a straight face, “Does this mean we can use the GOOD TOWELS?”
I was not yet a member of the family, but this comment, cold and callous as it sounds, made everyone laugh.  It was funny because of the silliness of having the GOOD TOWELS that their mom so carefully protected.  It made everyone think fondly of this woman who had only a little more time on Earth.  Somehow a person’s passion even for silly things makes them more endearing.
I only recently heard this story.  It made me think of all the nice things that people have and cherish and yet never use.
Some people even sew THE GOOD TOWELS so they stay on the rack nice and even.  Many people have bowls of decorator soap in the bathroom.  You don’t have to tell guests not to use decorator soap; everyone knows not to touch it.  My sister-in-law says she got rid of her decorator soap…it was just one more thing to dust.
People used to cover their living room furniture in plastic so it would stay clean.  Covering a $2000 couch with plastic so it won’t get dirty is like sleeping on the floor so you won’t have to make the bed.  I don’t think people cover their furniture with plastic anymore; instead they put furniture in a “Living Room” that no one is allowed to use.
Dining rooms today are a lot like THE GOOD TOWELS.  Many houses today have eat-in kitchens.  The dining room is used for Thanksgiving Dinner and the rest of the year it is purely for show.
Most people have their version of THE GOOD TOWELS.
Very wealthy people have the really good bottle of wine.  Eighty years old and stored in just the right conditions, but never to be opened.  Many families have the good china, stored in a special cabinet just waiting for the President to come to dinner.  We have Mrs. Cranky’s Waterford glasses.  They are pretty to look at, but no one wants to use them.  “I’m afraid I’d break it!”
Oh, and I found out that Mrs. Cranky inherited THE GOOD TOWELS after her mom passed away.

They are stored away in a plastic bin.
They have never been used.
I am told they are beautiful.
Posted by joeh at 12:16 PM