I Can’t Sleep to That!

I Can’t Sleep to That! 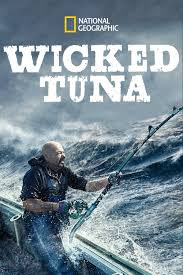 I happen to be a late night person.  Always have been.  Getting up early has always been a chore.

“Why don’t you just go to sleep earlier?”

I am asked by early rising people.

They do not understand.  It is not something you just turn off and turn on.  Early rising people seem to act superior.  Like their way is the correct way.

Early to bed, early to rise is great if you live on a farm, or before electricity, but otherwise…Listen, being a late night person is not a choice.  It is  something you are born with, it is just something you are.  You can fake being an early person, but you cannot really change.

I am an unapologetic late night person, and as a retired person it now works just fine for me.  It is especially fine in this world of 24/7 TV entertainment.  I no longer have to turn in after the “Tonight Show.” I can stay up forever if I want.

Fortunately for me, Mrs. C is also a late night person.  We stay up late watching TV while also reading and playing games on our PC’s.  Oh yeah, we can multi-task.

This arrangement works out fine except sometimes I am even more of a late night person than Mrs. C.

Mrs. C does not mind if I still watch TV while she slips off to sleep, but she does object to the shows I watch.

While she falls off to a situation comedy that I have seen several times over, I try and switch to a show she does not like.  This does not go over well.

When I hear that gentle Mrs. C sleep-breathing, I turn down the volume and bring up “Wicked Tuna” a show about tuna fishing out of Gloucester Mass.

“Why did you change the channel?”

“So I have to watch a show I don’t like while you are asleep?”

“When you are downstairs.”

“When I am downstairs I watch sports that you won’t watch. What if I just turn down the sound?”

“So I have to watch only shows that you can sleep to?”

I’d turn in before Mrs. C, except I couldn’t sleep to “Say Yes To The Dress.”