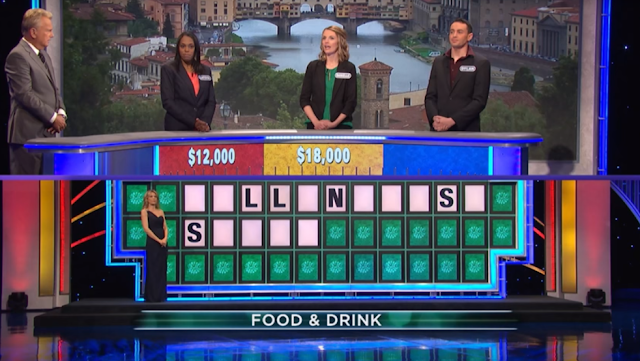 All right you TV snobs, move along, nothing to see here.


Pat Sajak,  the MC of the popular TV game “Wheel of Fortune”, is out recovering from an operation.  Pat has been the MC for almost 117 years.  His assistant Vanna White, whose job it is to turn over letters, has been with him all 117 years.  I must say they both look damn good for being over 137 years old.


Actually, the show has only been on for around 40 years.  Vanna still looks damn good!  Pat…come on, he’s a dude, I guess he still looks OK. 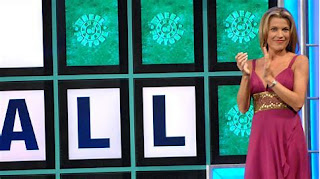 
While Pat recovers, Vanna is taking over duties as host.  The job of host is not that complicated.  Introduce the contestants, patter with them a bit, call out numbers and letters, comment on where the wheel stops and so on.


Vanna has been around so long she surly knows all the rules and she has seen Pat for so long she knows what she has to do as host.  I tuned in tonight to see how Vanna would do.  I expected she would be fine, maybe even better than Pat as even at her age she is still eye candy.


Vanna did great.  She ran the show, directed all the action, was pleasant, is still good to look at.  I mean who needs Pat?


Ah, but the show was horrible.  It is just not as relaxed and comfortable with Vanna as host.  She was fine, it just turns out that being a TV host actually takes a special skill and personality.  Vanna does not have it.  I mean she has a wonderful personality, just not the right one for a TV host.


The novelty of Vanna as host wore off before the first commercial.  Who knew Pat Sajak was so good at the job?  I always figured anyone could be a TV host.  Nope.  Pat has nothing to worry about, when he is healthy the job will still be his.  I suspect Vanna will be very glad to have him back.


Sorry Vanna as a host you just do not have it.  On the other hand, I’ll bet Pat would suck at turning over letters.