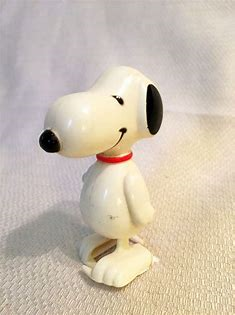 River, http://river-driftingthroughlife.blogspot.com/ that blogger from down-under who often serves as my spelling editor, had a recent post about traditions.  It prompted this old memory.


Years ago, my mom was gifted a rubber squeaky toy “Snoopy”.  You know, that cartoon pet of Charlie Brown, and the fighter pilot who took down the Red Baron in his puppy dreams.


Anyway, this toy was a semi-joke from I-don't-remember-who, as my mom enjoyed the “Peanuts” cartoon and Snoopy in particular.


She kept the Snoopy toy on her bedroom dresser.  For some reason, one day I decided to hide Snoopy.


“Has anyone seen Snoopy. He has gone away?”


“Hey, what is Snoopy doing in the refrigerator?”


All through High School, maybe once a month I would hide Snoopy.


Mom would never say anything other than,


“Snoopy was in the closet this morning, I guess he wandered around and got locked in.”


We had our own silly game.


Years later when ever I came home from college, I would always make sure to hide Snoopy before I went back to school.


Mom would find Snoopy in a cabinet, or on the toilet seat, anywhere she could find him with minimal effort.  It was a silly game we continued to play every time I visited, even when I was well into my thirties…maybe longer.


I don’t know what happened to that silly pup, she had him for years.  So long that he lost his squeak and his black nose was turning white.


My son, child number three, ever the enterprising entrepreneur, once suggested after hearing of this game,


“You could make that tradition into a business.  Hiding a toy during Christmas for the children to find everyday could go viral.  Pretty soon everyone would have to have that toy as everyone’s children would expect to play the game all during the Christmas Season.  Maybe make it a Christmas related toy…like an Elf!” 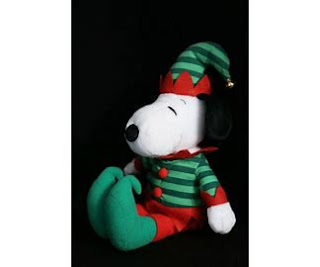 Of course, I laughed at him.  Kids! What a stupid idea.

After the Blog Post : I just got a note from my Sister (in-law) that she still has Snoopy and sent a picture to prove it


I told her the next time I visit, I am hiding him!