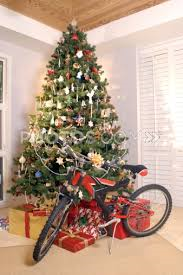 I'm taking off from blogging for CHristmas, so I will post some CHristmas re-runs instead.  Regardless of my "Humbug" post, I do love Christmas.

Merry Christmas to all!

When I was seven years old I received the best Christmas present ever.  I had recently learned how to ride a bike, but I did not have my own.  My brothers’ bikes were too big and I was not allowed to ride them off of my block.  I desperately wanted a new bike.  I wanted my own bike, a bike that was the right size and a bike that would give me freedom, at least as much freedom as a seven year old could be allowed.  In 1953, in southern California, a seven year old was given a surprising amount of freedom to roam… “Just be home before dark!”


That Christmas I ran down the stairs to find a 24” green Schwinn wrapped with a single red bow on the handlebar.  I was beside myself with glee.  It was the best present ever.
Many, many years later, I had the opportunity to pass the joy along.  I don’t remember giving any of my first brood a bike for Christmas, they probably got garage sale bargains, but for Spencer, my son born of wife #2, I had the means to purchase a brand new bike for his seventh Christmas.
Just the anticipation of the look on his face, his squeal of excitement when he would first see this bike, gave me the same warm glow as I had those many years ago when I was on the receiving end of my own Christmas Bike.
On Christmas Eve, while wife and son were asleep, I prepared the Christmas morning magic.  To the already decorated tree I added candy canes, a clear sign that Santa had been to our home.  I stuffed the stockings, another clue that the jolly elf had arrived, and I ate the cookies and drank the milk which had been left to nourish the man in red.  My last act was to distribute additional presents under the tree and for the coup de grace,  I hauled out Spencer’s new red bike from the shed and left it where it would be the first thing he saw from the stairs on Christmas morning.  A bow on the handlebars set the scene for a moment that my son would remember forever, a vivid memory the same as my own.
I was as excited to see his face when he saw that bike as I was when I found my own bike those many years ago.
Christmas morning came, and Spencer ran down the stairs.
“Candy canes, Santa was here!  The stockings are full; they were empty when I went to bed!  Look, he ate the cookies we left!”
“And what else do you see Spence?”
“Ah…lots of presents under the tree.”
“Yes, but anything special?”
“The bike?”
“YES!! The bike!”
“Yeah, it’s nice…can I empty my stocking now?”
I was taken aback by his lack of enthusiasm for a new bike.  When I was seven it was the greatest gift ever.  For Spencer it was “oh yeah, a bike.”
I tried to hide my disappointment.  Why the difference.  Were children today so spoiled?  Then it hit me.  Sixty years earlier, my bike cost $95.  That was a sum of huge proportions for a seven year old in 1953.  The bike I bought Spencer cost $75.  It was as good as or better than my old bike, but the cost was the equivalent to a basketball in my day.
Nice, but no big deal.
Furthermore, my bike allowed me to travel around the block and even to several blocks over.  Spencer’s new bike allowed him to ride around in circles in the parking lot behind our house.  He was capable of riding it further, but children in his generation are not allowed the freedom that I had.  Traffic considerations and stories of child-napping have stripped this generation of the innocence that was the joy of mine.
It was still a good Christmas.  My son was not disappointed.  He got most of the stuff he wanted.  I was the only one that missed out.  I missed out on the look of glee that only a seven year old can have when he gets a new bike for Christmas.
That look of glee now comes with the unwrapping of a new i-pad, or an X-box.
It is still a good look, but nothing could ever be the same as it was with a new Schwinn to a seven year old in the 1953.
Posted by joeh at 7:50 AM