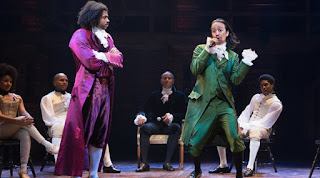 I recently got into a small discussion with a very nice lady who insisted that I “Simply must see 'Hamilton'” the popular Broadway play.


I am sure it must be a wonderful play, but I am not that fond of Broadway or musical theater.  In generally I will not see anything that I am told “I must see” and definitely will never go out of my way to see something that “I SIMPLY must see!”


That’s just me… the going ticket price of $500 for a so-so seat also factors into my decision.


I told this nice lady that that is just not my thing, just as I am pretty sure my love of “reality TV” is probably not her thing.


She made a face.

If I am anything, it is not sophisticated.


Not necessarily proud of that, it is just fact.


“You need to try things before you make judgment, you would love ‘Hamilton’!”


“You know, don’t you, that WWE Wrestling is not real!”


“Really, I did not know that.  And I guess our founding fathers wrote the constitution in sing-song;  used RAP instead of talking, and oh…was Alexander Hamilton black?”


“So are our tastes.  Enjoy your sing-song plays.  I prefer people saying, ‘I am off to Boston’ instead of hearing them sing the same dialog to fake almost musical talking…That’s just me.”


“It is more than just sing-song lyrics, it is art!”


“And getting wacked upside the head with a two-by-four and getting back up to deliver a double flip off the ropes into a suplex for a winning pin is also art!” 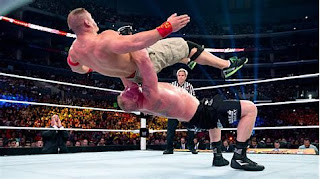 
We ultimately agreed to disagree…actually she left in a bit of a huff.


I’m waiting for the movie version of “Hamilton” to come on TV so I can avoid it for free.