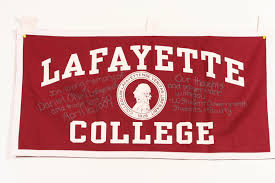 Our annual Lafayette DTD fraternity reunion (class of ‘67/’68) was started in 1999.  It was started at the instigation of Craig Blouin, the nicest, biggest hearted person I have ever known.  Craig was a reader of this blog and an unrelenting Liberal.  He was the kind of Liberal that you could actually talk politics with and not end up hating each other.  I always looked forward to discussing and learning with Craig.


I think Craig could not hate people, only behavior.  He loved and wanted to preserve this beautiful earth.  He skied, he jogged, and he biked.  Several months ago he was killed, sideswiped while biking by a careless young driver.  Probably the only person I know who would have forgiven that careless young driver was Craig. 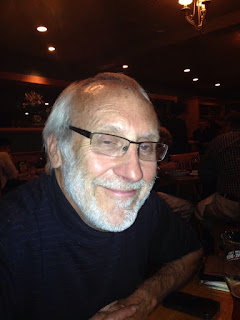 This year’s reunion was in Blacksburg Virginia.  A beautiful venue only partially disturbed by hurricane Michael.  Mrs. C and I arrived on Thursday night, late due to my stupidity, at all thanks to friend of over 50 years, Frog.

You can read about my stupidity here


Friday, I rested and whined about my stupidity, while Mrs. C arranged a car rental, a motel stay for Sunday night and confirmed with Honda that our car would be ready.


Friday night was dinner at a very nice restaurant on the Virginia Tech campus.  It is, by the way, a beautiful campus.


Saturday was touring for many, and golf for a few.  We played on the campus 9 hole course as the really nice course is by the river and several holes were under water thanks to hurricane Michael.


Cranky and Joe-B defeated Wally and Squeak with a win on the final hole…also the first, second, fifth, sixth, seventh and eighth hole.  The match cost the losers a beer at lunch.


A river raft and fishing excursion was cancelled due the overflowing and dangerously roaring river.  We really should plan these reunions after hurricane season.


Saturday night was cocktails at hosts Catfish and Diane’s gorgeous get-away home, on the flooded golf course and with a view of the river.


Obner read a letter he wrote posthumously to Craig his old roommate and friend forever, and afterwards Frog played the pipes honoring Craig, George Avril and all our college friends who are no longer with us.


Off to another restaurant where we ate too much, drank too much, reminisced college days and reunions past including a slide show of all our past reunions.


It was as usual a great time.  Next year it is Gettysburg hosted by Frog and Mrs. Frog along with Marty and Mrs. Marty.


I expect it will be a great time.