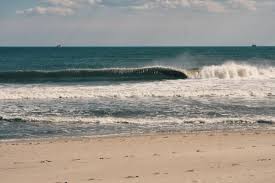 Life is tough.  Yesterday might have been one of the best ever on the Jersey Shore.  The water was 70 degrees, calm as a lake but with an occasional breaker suitable for body surfing.  The water was clear enough to see bottom for up to eight feet away.  The air was warm, the sun bright and the breeze light but coming directly off the ocean providing an air conditioner effect.


There was also a golf championship on TV.  “The Open” actually the “British Open” but the Brits get a bit ruffled about that moniker so the TV has to refer to it as “The Open.”  Anyway “The Open” is one of my favorite tournaments because the courses in the British Isles are so interesting and challenging.  Today’s final featured Phil Mickelson, one of my favorites against Henrik Stenson.  It was an amazing match, great golf by two players who were simply head and shoulders above every other contestant this week.


I did both.  A half hour on the beach or in the water, then race back to the apt. to watch the golf for a half hour.


Eventually Stenson prevailed over Phil even though both players shot a better score than anyone else on this day.  I like Phil because he has a great attitude, has an exciting playing style, and he signs autographs at tournaments until everyone that wants one gets one.


Phil did not lose this tournament, he played well enough to win just about any match; Stenson simply played better.


Anyway, between running back and forth from the ocean to the TV, I got almost as much exercise as any golfer.


It was a win for Stenson, and a win win for me. 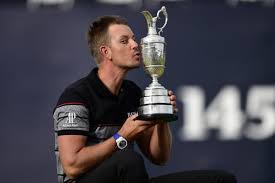