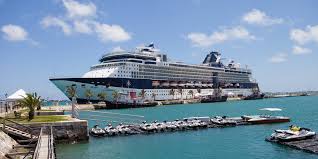 
Well for those four, maybe five people, I’ve been away from the blogging world on a sea cruise to Bermuda.  Mrs. C booked this cruise for my 70th birthday.  I am not the biggest fan of cruises, but Mrs. C likes them and I can learn to enjoy.  It’s not like getting poked in the eye with a stick. 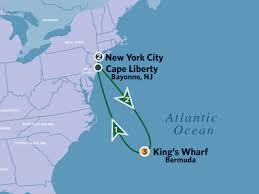 First I have to do a little bragging.  I am not in general a braggadocio kind of guy.  Actually maybe I am, I just seldom have anything to be braggadocio about.  Anyway, I am now 70 years old.  For some that still makes me a whippersnapper.   If you even know what a whippersnapper is, you are one of the “some.”  For others, 70 is friggin old.  I am not bragging about being 70, for that I am just grateful.  I am bragging at meeting my 70 year old challenge.


So that’s where I’ve been for seven days, cruising, eating, relaxing, and touching my toes.  More on the cruise later, for now there’s a hot tub in the middle of the Atlantic Ocean that is calling my name.


One thing I do like about cruising is people watching.  There is no end of material.  First I must say we have met many lovely interesting people.  Generally when I meet people I find something about them that I like.  I often say I like everybody I’ve ever met and I hate everyone else.  That pretty much holds true on this cruise, although I have met a few butt- heads.


When these buttheads ask, “What did you do?” as they always do in an attempt to size up your importance to the survival of the planet I respond, “Hard time.”  That usually ends bull shit small talk.  Mrs. C does not call me Cranky for nothing.


I like watching the crew on the boat (I know…ship, that was just to wake up Uncle Skip).  The servers and cleaning people are always super friendly, “Good morning, have a nice day…”  I like watching them as the passengers go by; lots of faces and eye rolling.  I don’t blame them; they work really hard and remaining friendly after hearing the same old conversations day after day must be exhausting.  Also some passengers can be really demanding assholes.


This is only my second cruise, but I am seeing a trend.  Many if not most cruisers are very old and very fat.  It can take a lifetime moving around the ship as you are always stuck behind a scooter, wheelchair, or cane wielding passenger.   There are several levels of fat on the ship.  Fat men move like they are proud of their girth.  They move with confidence and treat their huge bellies like an old bull walrus.  That belly means power!  Some of these dudes still wear pants with a size 34 waist.  The pants are worn just above their hoo-ha and their belly flops down below their waist like a too loose shirt.  I call these guys the “no ass men” as they literally have no ass!


There is a lot of drinking on board.  That is fine, what I don’t get is the drinkers that have to let you know how much they drink and how drunk they are.  Listen, I like an occasional glass of wine, hell I used to be an out and out drunk.  Nothing wrong with it, but I don’t get why some believe it is cause for others to celebrate their inebriation.  All alcohol should carry a warning “Heavy drinking does not make you entertaining, it makes you annoying.”


A final observation is on the dancing skills of my generation.  There are some who can genuinely cut a rug (GIYP) but most are an embarrassment.


If you want to make an old person stand up, just play “YMCA” by the Village People.  Old people will throw away their cane to do that alphabet arm waving thing every time.  If that doesn’t do it, just slap on “Sweet Caroline.”  When it comes to the “Wo wo wo”( which BTW is not part of the actual recording), it turns into a stretching and cardio exercise.  Finally the DJ’s of all old people events should never play Chubby Checker and “The Twist.”  OMG, do old people love to get up and show young people how to do the twist…like this is a complicated step to learn.  There is always at least one poor old guy that has to twist all the way to the floor…it never ends well…even for old dudes that can touch their toes.


You may notice that I have mostly just picked on old dudes.  I leave the ladies alone; they’ve gone through enough having to live with these old dudes.


Do you hear that bubbling? That’s the hot tub calling again.  It is time to move my fat gut, and big butt and relax a bit.  If anyone asks, today I think I’ll be an ex-CEO and brag about breaking up companies and firing tons of people so I could make scads of money.
Posted by joeh at 10:19 AM