It is time again for
STUPID HEADLINE SUNDAY

The Fed has a chatterbox problem – So this is why Stephen Hayes suddenly went on a trip.


Medical experts warn of ‘dormant butt syndrome’ – Especially dangerous when it begins to rumble.
Pennsylvania man poured gasoline on smoking girlfriend – It is unclear if she was smoking, or smoking-hot, if she was smoking then she was both.
Living in a Town of Two – Two residents in Minowi Nebraska, town is facing it’s 27th run-off in the last mayoral election.


Ironman sets world record after pulling double-decker bus with his hair – I got nothing.
Man attacked by snake that slithered up through his toilet – Go ahead, admit it, don't you look first for just this reason?


As Oberlin College activism flared, students pushed to banish grades below 'C' – Dang, if they did this when I was in school would have no grades at all.
Why Did Woman With The Giant Inflatable Penis Cross The Road? – Her friend Alice was on the other side and she wanted to see Alice.

Pakistani men can beat wives 'lightly,' Islamic council says - "A husband should be allowed to lightly beat his wife if she defies his commands and refuses to dress up as per his desires; turns down demand of intercourse without any religious excuse or does not take bath after intercourse or menstrual periods,"


I wonder what they consider “Lightly.”


Holy Cow! Runaway Bovine Drops From Sky, Damages House – After this, the homeowner says they plan…(should I? I’m sorry, I have to do it) to moo-ve.

Come back next week for more 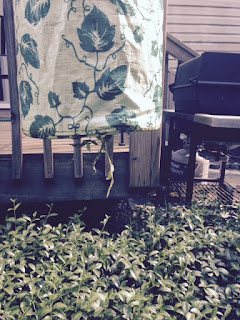 Mrs. C claims I didn’t follow directions, she will be trying a do over with Ralph II…stay tuned.
Posted by joeh at 11:11 PM