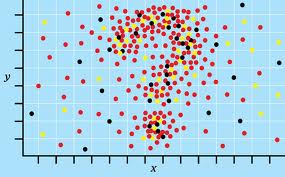 I tend to be skeptical about experts and statistical analysis.  It is very easy to play with numbers.  It is also easy to pick and choose those numbers which support whatever agenda experts wish to support.

I knew a person who worked for a consulting firm that dealt with the Defense Department.  He told me that when given an assignment to analyze the first question they asked was “What would you like the outcome to be?”

The other day President Obama was touting the new unemployment figures.  The country added 115,000 new jobs and the unemployment rate fell from 8.2% to 8.1%.  Certainly this was a good thing and worth bragging about.

The market fell.   Some claimed the unemployment rate dropped because many unemployed have become frustrated and have stopped looking for work.  Furthermore it has been pointed out that at the current downward unemployment trend it will take over four years for the country to reach what is considered “full” employment.

It is all just numbers.

If you are dealing with large numbers and want to emphasize a point you use the actual numbers.  I.E. - The President won the last election by over two million votes sounds like a lot doesn’t it.  If you want to minimize a point you use percentage – The President won the last election by less than one percent (Relax this is just a hypothetical example, I do not know or care what the actual numbers were.  You people are so sensitive!)

When I worked for Merrill Lynch many years ago, our department provided many trading statistics.  One such statistic was the daily percentage of shares which were traded on the New York Stock Exchange which were executed by Merrill Lynch customers.  It was generally around 5%.

One day a Wall Street Journal article reported that Merrill Lynch executed 10% of all shares traded on the NYSE.  This number came from the Merrill Lynch CEO, Stan O’Neil.

My boss wanted to know why our department reported the percentage as 5% and our CEO reported 10%.  The explanation was simple.  Mr. O’Neil’s people took the total shares for a day executed by Merrill customers, 50 million, and the total shares executed on the NYSE, 500 million and came up with the 10% figure.

I explained this to my boss.  I told him that we always doubled the exchange figure to report the accurate number as 5%.  My boss told me, “The CEO of Merrill Lynch thinks we execute 10% of all trades on the New York Stock Exchange.  From now on, that is the number we will report.”

The 10% number was never challenged.

I am skeptical about statistics!
Posted by joeh at 10:33 PM