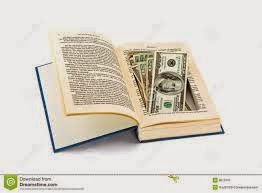 Mrs. Cranky is a cash hoarder.  She has warned her kids that when she is gone; don’t sell the house without checking everything with a fine tooth comb.  There is money stashed all over.  Not a whole lot of money, a dollar here, a dollar there.  Sometimes a five or a ten and occasionally I have tripped over an old wallet she forgot about with $50 or more.


I can’t make fun of her about this, I squirrel money away also.  I often think I’m broke and then remember I have hidden a twenty or two in my secret wallet compartment.  All my change gets thrown into a jar and is forgotten.  Every six months or so I think to bring the jar to the bank where they run it through a counting machine.  It is usually between $100 and $150 of what seems like new found money.


When I am on the road and buy soda or gum or gas, I take whatever bills or change I get in return and throw it into my center console where it is forgotten until a cash emergency happens.


There is just something about finding “lost” money that always gives me a cheap thrill.


Years ago, back when I lived on a $350 bi-weekly pay check, I would deposit enough to pay the rent and other monthly bills and keep the rest, usually about $120 for normal living expenses.  The ATM had not yet been invented.  One week, I went looking in my cash drawer for daily spending money and it seemed to be short.  It was short at least $20 and maybe even $40.  I was not very good at keeping track of money, but I knew the drawer was a little short.  I figured either my wife or I had simply lost some cash somewhere along the way and did not realize it.  DAMN!


We scrimped on groceries, passed on wine with dinner, brought lunch to work and somehow made it to the next payday despite the lost money.


One year later, I accidently pulled the drawer where we kept our cash all the way out of its runners.  On the top of the drawer slot there were three twenty dollar bills.  The lost money from the year before!  Apparently the bills got caught in the drawer and fell out the back and in a hiding space under the drawer.


Talk about found money! We went out that night to our favorite Chinese Restaurant, had drinks and a great meal, and still had $35 left over.


Hoarded money earns no interest, but finding money you had forgot you hoarded is like hitting the lottery.
Posted by joeh at 12:25 AM