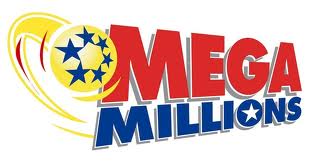 This week's cranky re-run is from April 2012

Mrs. Cranky bought a one dollar ticket for the record size lottery this week.  We did not win.  While we were waiting to lose, we discussed how we were going to spend the money.

I suggested as multi (650) millionaires we would have to move from our comfortable but bourgeois townhouse.  Mrs. C disagreed.  We had our first fight in four years.

Mrs. C wanted to give large sums of money to brothers, sisters, children, grandchildren, neighbors and friends.  I disagreed.  We had our second real fight in four years.

Mrs. C wanted a vacation home on the Jersey Shore.  I wanted a palace in Bermuda.  We had our third real fight in four years.

I wanted a new car for everyday of the week.  Mrs. C said those cars would take up too much space in our bourgeois townhouse parking lot,  she wanted a giant SUV.  We had our fourth real fight in four years.

Fortunately we did not win the $650 million.  Our marriage could not have survived the pressure of spending all that money.

Personally, I think she wasted the one dollar on such a foolish pipe-dream.

She wants to buy another ticket next week.

We are now having our fifth real fight in the last four years
Posted by joeh at 1:30 AM