Stupid Headlines 120212
Sunday! Time for the headlines of the week and my stupid, sophmoric and sometimes offensive comments. 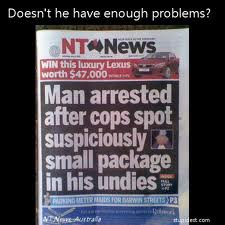 
Photo of Titanic Iceberg Up for Sale – If you’re interested I’ve got a cup of water from the melted iceberg that sunk the Titanic, sure it’s real, I got it out of the Atlantic!


Chinese paper congratulates Kim Jong Un on being named ‘Sexiest Man Alive’ by the Onion- “The Onion?”  Is that a satirical paper?

You be the judge!
Doesn’t tighten my shorts, but then I’m a guy so… 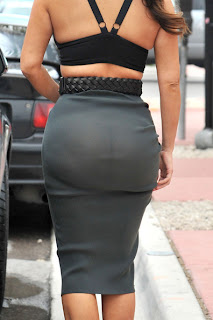 Woman who thinks she has kidney infection is actually in labor – This is really not that hard to believe…I once thought I was in labor,  but it turned out to be a kidney infection.


Scientist claims to have sequenced ‘Bigfoot’ DNA – If no one has taken a picture of Bigfoot in over 60 years of concentrated effort how the heck did this dude manage to get a swab in Bigfoot’s mouth?


How about, “These Holiday Trees are especially suited for display on or before December 25, but they have no religious meaning whatsoever as that would interfere with the doctrine of separation of church and state, so these are in no way Christmas Trees they are Holiday Trees which will not be sold after December 25th because traditionally Holiday Trees do not sell very well after that date.


No Person Got Shot, Stabbed, Slashed, or Murdered in NYC Monday – I guess we need some more violence on TV.

State to Eliminate “Bride” & “Groom” on Marriage Certificates – Washington State to replace them with Person A and Person B…anti-alphebetarians hold protest! 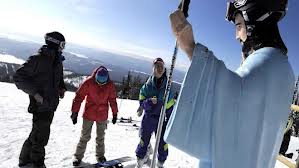 
Harvard to welcome kinky sex club for students – Club will be called “The Scull and Boner Society.”

AND A SPECIAL SUNDAY EDITION OF TODDLER TALK:


Toddler talk quiz for today from (whom else, Connor)


SHAPE UP, it's never too late