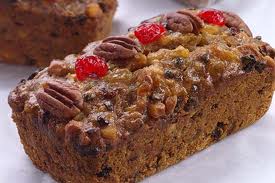 Bullying is on everyone’s minds these days.  I read newspaper articles about bullying on a daily basis.  One victim of bullying has not been talked about.  A victim I loved.  An American Holiday tradition is gone as a result of relentless bullying.


The Christmas Fruitcake is no more.


I loved the Christmas fruitcake.  This was a tradition, baked yearly in-mass by elderly grandmas, aunts, cousins or neighbors.  Women who could not afford gifts to their many acquaintances could pull out a generations handed down recipe and bake bricks of fruity rum infused deserts to be given as presents.


It is true that sometimes you received multiple fruitcakes over the Holidays.  It is also true that the fruitcake had a long, almost forever, shelf life.  The result was some fruitcakes went un-eaten, some were re-gifted.


There are legends (myths) of the same fruitcake being re-gifted over multiple Christmas Holidays.  It became a joke that the re-gifting of the fruitcake was a Holiday tradition.  Not true, oh it happened, but the re-gifted treat generally ended up with a fruitcake lover.


Legends such as these are fodder for late night comedians and it became a Holiday tradition for these low life bullies to make the traditional Christmas fruitcake joke.  The Tonight Show’s Johnny Carson was particularly brutal in his treatment of fruitcake.


I should have spoken up.  I should have stood and yelled “Stop! I love fruitcake, and there are many others just like me!”  I did not.  Bullied by the jokes and the head nodding giggling responses of the masses to these jokes, I remained silent.  I allowed the fruitcake to be bullied. 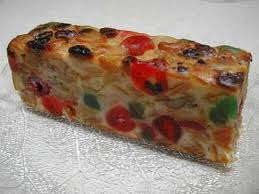 Few people will ever again know the joy of receiving and enjoying this Holiday desert treat.  History will tell of the much maligned once traditional Holiday fruitcake which disappeared from the American landscape due to scorn and indifference.


The truth is that a treat baked with love and enjoyed by millions is gone.  Gone as the result of relentless jokes and bullying which was silently allowed by a gutless audience of people such as me.  We quietly allowed a Holiday tradition to be maligned.  We sat back and allowed the fruitcake to be bullied until the fruitcake is no more!