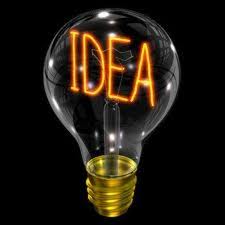 Warning, some sections of this post may be extremely boring, go ahead and skip a bit if you want, you will not be quized.
I took my first job out of college with a brokerage firm, Goodbody and Company.  It was 1968 and the New York Stock Exchange volume was exploding to almost nine million shares traded every day.  Brokerage firms were only starting to move from clerks with pencils and green shaded visors to giant computers.
Starts to get more boring here
Trading volume was too much for the antiquated operations and Wall Street was experience what was called a paper crunch.  One of the results of this paper crunch was what was called “Daily stock record breaks.”  A stock record break was anytime the daily deliveries and receives of a given security did not net to zero.  Without resolving these breaks a firm did not have control of their actual inventory.
Even more boring
In 1968, Goodbody was experiencing over one thousand “breaks” per day.  Even with extra clerks working overtime and weekends most firms were falling behind in resolving their positions.  To help catch up, there was no trading on Wednesdays and hours for trading were 10-2.  Still many firms were losing control of their positions.
ZZZZZzzzz
Goodbody hired experts to resolve this problem.  The experts determined that most breaks were caused by errors in booking securities from one location to another i.e. (just to put you to sleep) One hundred shares of General Electric booked out of one location gets booked into another location as 100 General Motors.  This error would cause two breaks which needed to be researched.
This is just terrible, one more snoozefest paragraph (skip if you want)
The “experts” decided to eliminate breaks of this sort they would change the booking method.  Entries showing security movement would be 1 two-sided entry instead of 2 one-sided entries (WAKE UP!!).  Old timers pointed out to the experts that this would eliminate breaks, but if booked incorrectly the non-break would result in inaccuracies which would NEVER be found.  There was a reason for breaks…to pin point mistakes and allow research to resolve those mistakes.  The experts sought to eliminate the breaks, not the mistakes.
Are you bored to tears yet?  Here comes the point:
The expert’s solution was to have not one, but three clerks to double check every entry.  Surely if General Electric was booked as General Motors, one of three checkers would spot and correct the error right at the point of entry.  With this solution in place, breaks were drastically reduced; the real result?
Checker number one did not take his job seriously…after all there were two other checkers behind him.  Checker number two casually passed the security and related paperwork along…after all, the first clerk has already checked everything and there was another checker behind him.  Checker number three casually passed the security along confident that the previous checkers would have caught any error.
In 1970, Goodbody’s bookkeeping was hopelessly out of control.  The company had no grip on their actual security inventory.  They did, however suffer very few paper breaks.
Wall Street in general was out of control.  Two of the biggest firms Goodbody and E. I. DuPont were about to go bankrupt.  If confidence failed in these firm’s accounting, customers would have demanded delivery of their security certificates from all the firms.  This “run on the bank” might have brought the entire brokerage/banking system to a halt causing a bigger “Crash” than 1929.
H. Ross Perot (yes, the Ross Perot that ran for President) stepped in and bought DuPont, and Merrill Lynch bought out Goodbody to stave off the collapse of Wall Street and the Capitalist System as we knew it.
The “Expert’s” simplistic solution to an accounting problem almost brought down Wall Street and created a Worldwide depression like we have never seen before.
To be fair there was other bad stuff going on as well.
That is why I do not trust “Experts!”
Posted by joeh at 11:32 AM