IT’S BEHIND THE MAYO

IT’S BEHIND THE MAYO 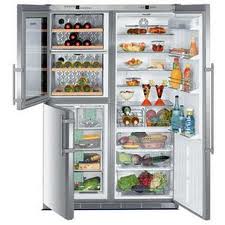 Why can’t husbands find anything?  Are we just stupid, or do wives play tricks on us?
In my experience it is due to several factors.  Wives put most stuff away; therefore they know where stuff is.  Wives periodically change where they put stuff, just to keep husbands off balance.  Wives do not know how to describe where stuff is.

FOR EXAMPLE:
A man needs the car keys.  “Honey…where are the car keys?”
“They are in my pocketbook.”
“Where’s your pocketbook?”
“Downstairs.”
“Where downstairs?”
“It’s in the kitchen.”
“God Dammit, where is it in the kitchen, on the table, on the fridge, by the microwave?  Freaking WHERE?”
“It’s on the chair.”
“Oh, you mean on the chair under the coat?”
“YES...can’t you find anything?”
“I’ve got the pocketbook, but I don’t see the keys!”
“For heaven sakes, I’ll get them.”
Down the stairs she stomps, grabs the pocketbook and without looking reaches in and pulls out the keys.
“Why can’t you find anything?”
“I don’t know!  Why can’t you just put the freaking keys on the hook where they belong?”
One day I was looking for the peanut butter.
“Honey, where is the peanut butter?”
“It’s in the fridge where it always is.”
Now this time I was not going to play the yelling game and narrow down where in the fridge.  I was going to find the peanut butter on my own.  I painstakingly removed every item from the refrigerator shelf by shelf.  I emptied every shelf.  I emptied every compartment on the door.  I emptied the vegetable crisper, and I emptied the meat chiller.
The entire contents of the refrigerator were piled on the kitchen table.  Every item was checked to confirm it was not peanut butter.
“HONEY, I can’t find the peanut butter.  It’s not in the fridge.”
“It’s right behind the mayo.”
There is no point asking what shelf, because everything was on the table.  I looked all over and could not find the mayo.
“Are you sure?  I’ve taken everything out of the fridge and I can’t find the peanut butter, or the mayo.”
“Oh that’s right; the peanut butter is still in the pantry behind the mayo.”
“Shit!” I thought.  There are eight shelves in the pantry.  I decided to put everything back in the refrigerator.  I found some bread, some mustard and some bologna.  I would leave the peanut butter for another day.
Just once I’d like to turn the tables.  Just once I’d like to hear:
“Honey, where is the screwdriver?”
“Which one?”
“I don’t know; the one for a screw.”
“Hex head, Phillips head, or flat head?”
“What? I don’t know.  The screw has a slottey thing.”
“That’s a flathead; look in the basement.”
“Where is it in the basement?”
“It’s on the workbench.”
“I don’t see it.”
“It is on the second shelf.”
“I don’t see it.”
“It’s by the ball peen hammer.”
“The WHAT?”
“It’s behind the MAYO!!”
“WHAT?”
“NEVER MIND I’LL GET IT!”
It’ll never happen.  A wife would never ask where something is, she would just call, “Get up here, I need you to fix a loose screw!”
Husbands are just stupid.
Posted by joeh at 9:25 AM