Getting to Know Harvey

Getting to Know Harvey 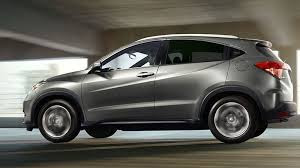 The lease on Harvey, my Honda HR-V is up soon.  I want to just turn it in and lease another HR-V.  Mrs. C thinks I should shop around and try other models before I stay with a Honda.

The thing is, I like the HR-V.  It is the right size, gets good milage, rides well and most importantly I know where everything is and how it works.  I no longer unlatch the hood when I mean to release the gas cover.  I finally learned how to work the 27 different windshield wiper speeds.  I can even work the rear wiper and rear wiper washer control.  It took a bit, but I can now use voice commands to place a phone call and even send a text message.  Then there are controls for the radio, navigation and information.  These took at least a year and a half to master.

I sure don’t want to re-learn all this stuff in a new car brand.

Hell, I almost killed myself a few months ago because I could not figure out the defroster.

I was coming home from bowling on a chilly rainy night.  The windshield instantly started to fog up.  I looked for the button that said “Defrost.”  There was none.  I did see a little man in a sitting position with arrows pointing at his body.  I fiddled with those arrows over and over again and could not point them to the windshield.  I was driving with one hand on the wheel, one hand wiping the frost off the window and eyes looking at the controls trying to figure out how to defrost.

With about four inches of visibility, driving on a rainy night is not that safe.  I almost turned into another car, and just missed a pedestrian when I decided I’d better pull over and figure out the defroster.

Nothing on the panel said “Defrost.”  There were several pictures of something with squiggly lines that looked like heat.  I touched one and the windshield was still fogged over.  My ass was getting hotter though…who knew I even had heated seats?  The next squiggly line icon did nothing, I suspect if I had a passenger their ass would also be getting warmer.  I was able to clear the frost from the rear window so I knew I was getting warmer, no not just my butt, and the last squiggly line did in fact clear the front windshield very quickly.

Get a different car model?  I don’t think so, not after learning how to use stuff on this one.  By the time the lease is over I might even have figured out what the lines on the back-up camera represent.