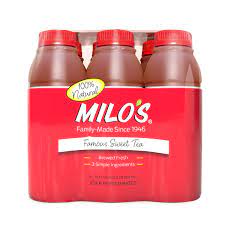 Ok, there is this current commercial that just bothers me.

Wait, is this what has come of your blog…TV commercial critiques?

Look, number one I have no real material, and number two, this commercial really annoys me.

OK, what is the commercial, as if any one even cares.

Here is the thing.  There is a commercial for either Wal-Mart, or Milo Tea…or both.  Anyway, this dude works for Milo Tea and he wants me to buy Milo Tea from Wal-Mart because he likes his job and if I buy Milo Tea…at Wal-Mart…then he can keep his job.  Like if I don’t buy Milo Tea, he loses his job, his kids will starve and his wife will leave him!  I don’t really need this guilt trip dropped on me from a stupid commercial.

What kind of commercial is this that guilts me to drinking tea instead of the heavenly coffee?

It won’t work, I am sticking with coffee.  Sorry about your job Milo Tea worker.

Damn, I need to get out more.