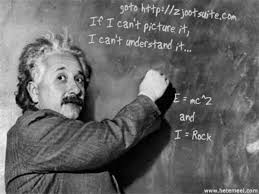 On the theory that a re-run is better than nothing I submit this post from 2016
I often hear unusual facts that are accepted simply because some expert declares it to be true.  I am a skeptic, I demand proof.
It is a commonly claimed fact that incredibly enough, no two snowflakes are alike.
Come on!  In all the years, in all the snow storms throughout the ages you mean to tell me no two flakes have ever been exactly alike?  How does anyone know that?  What scientific principle determines no two flakes are alike? Philosophers claim that if you gave an infinite number of monkeys an infinite number of typewriters, eventually one would write a great novel.  So am I to believe that a monkey can write a novel, but no two snowflakes are ever alike?  I don’t believe it.  As a matter of fact, last year I had two snowflakes that I am pretty sure were identical, but before I could prove it they melted.
If a tree falls in the forest and no one is there to hear it, does it make a sound?  Many people say no.  So a monkey can write a book, and no two snowflakes are ever alike, but a falling tree does not make a sound if there is no one around to confirm it?
If the early bird catches the worm, does the late bird starve?  What if all the birds are early, do they peck each other to death fighting over that damn worm?
Opposites attract: Yes, but they also often beat the crap out of each other.
A shark can smell a drop of blood from a mile away.  Now how do they know this?  I expect sharks have a great sense of smell, but I don’t think they can smell a single drop of blood from a mile away…PROVE IT!
Only female mosquitoes bite.  They can’t possibly know this.  I’m pretty sure I got bitten by a well hung mosquito just this summer.
Violence on TV and movies makes people violent.  I’ve watched tons of violence on TV and movies and I hardly ever kill someone afterwards.
Scientists claim certain animals mate for life, geese for instance…I think some of them cheat.
An elephant never forgets.  Really, how much do they really have to remember? I don’t think they even have passwords.

History has demonstrated many times that experts can be dead wrong.

When we sent a satellite into space and took a picture of the Earth, what do you know, the Earth is round!

In the early 1960's experts told us the Earth was headed for a new ice age. I think that one was wrong.

In the 1970's experts said we would run out of oil by year 2000. Apparently the markets believe we are swimming in oil.
I am a skeptic, I say prove it.  This is possibly why I did so poorly in high school science.
*Last time around a few readers thought I was a science denier.  First of all my intent is for humor, secondly, science unchallenged results in stunted learning and less scientific growth.  Thirdly...lighten up!
Posted by joeh at 11:12 PM