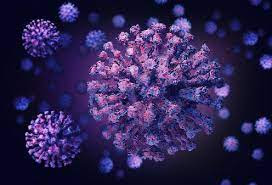 As more and more people get vaccinated, Covid numbers are not yet falling.  In some states new cases are slightly rising once again.  Scientists are saying this is because the virus is mutating and the mutations are even more transmissible.  The virulence of the new mutations is not yet determined, but the fear is the new mutations may be even more deadly.

I am not an epidemiologist and I do not even play one on TV, but I would think that new mutations would be less virulent, not more.

Any virus should follow the Darwin evolutionary principle of survival of the fittest.  What makes a virus fit…or what makes a virus best able to evolve into a successful virus?  Is a virus successful if it kills its host?  I don’t think so.  The longer a host survives the longer the virus survives and is able to infect other hosts.

A mutated virus that is less transmissible would not replace the current virus; it will fade away.  A virus that kills its host quickly would have less chance to infect other hosts and thus would spread slower and not survive robustly.

Thus, this cranky non-scientist believes that the Covid virus will mutate.  It will mutate until the vaccine corals us into heard immunity.  The new mutations will thrive, but they should be less virulent, because that would be their competitive advantage for survival.

Experts will not tell us this.  They always want to err on the side of caution.  So, experts and politicians will still fear new mutations and will want us to fear them as well.

I say do not fear the new mutations.  If you are vaccinated you are safe.  Safe to not wear a mask, safe to not social distance, safe to live your life like you used to.

On the other hand, I am an idiot.  Maybe you should continue to be careful just in case.  I know I will…you know, just in case.

I am not really afraid of the new mutations.

I am not afraid of sharks either but I don’t swim with dead fish around my waist either.  You know…just in case.