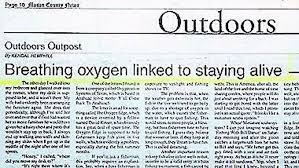 This week’s stupid headlines and my stupider sometimes sophomoric comments.

Biden leans close to tell someone to socially distance – Classic do as I say, not as I do!

Friend of Pakistani immigrant Uber Eats driver killed in DC: 'All lives are precious' – I don’t ordinarily post and comment on stories like this, but sometimes a headline really demands punctuation.

Miami homeowner gets sister, companion evicted from front porch after they squatted for 2 years – I’m surprised they could move at all; I need help to get up after squatting only a few minutes.

Katy Perry reveals she's stopped shaving her legs since becoming a mom – I guess that is one form of birth control.

Japan just recorded its earliest cherry blossom bloom in 1,200 years – I’m pretty sure there was an earlier bloom April 1247.

Rare Super Mario Bros. game sells for a record $660,000 – Wait until this donkey tries to find a Nintendo platform that can still play the damn game.

New York lowers bear and deer hunting age to 12 – I am surprised that deer or bear live that long.

A Michigan university is offering college students a scholarship to study cannabis – Good luck weeding out the weed candidates;  or they could just survey 93% of their student body.

Teen on spring break trip rescues toddler from drowning – The thirteen-year-old girl on vacation with her family saved a tragedy.