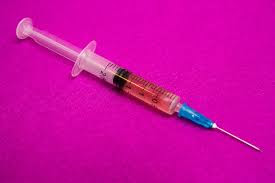 I received my first Covid shot yesterday.  I had been on the waiting list in New Jersey for almost two months.  I was actually on several lists.  It seems that the supply is starting to catch up to the demand.  They will be opening vaccinations to many more candidates in the coming weeks, including teachers.

Not sure why teachers were not first on the list given the outcry and the importance of getting children back in the classroom.   I think if they had it to do over again teachers would be higher on the list.

Projects like mass vaccinations are not simple; mistakes are made, mistakes slowly corrected.

Overall my experience with the State has been positive.  There was a time where I wondered if the list was not a myth, but given the short time to establish a new complicated system it has been done pretty well.

Making an appointment after I was advised that slots were opened was a bit nerve wracking.  Fortunately, I had Mrs. C for help.  They asked a dozen questions that could have been asked on the initial sign up.  That was not so difficult except slots tend to get grabbed quickly and I was worried I would have to keep filling out information only to find I just missed an appointment opening.

One thing they asked was for my SS#.

“Why do they need that?  They have my birth date, my address, if I give them my SS# I may get the shot and lose my bank account!”

“Just give them a number that is close. How will they know?”

“They also want the phone number of my insurance.  I have Medicare I don’t know the number and the number to my supplementary insurance is downstairs.  I’ll lose my slot by the time I get it!”

Anyway, I got the time slot and got the shot.  There was a long line and it moved fast.  Everything was professional. My shot was at one of Jersey’s 6 Mega Centers.

I noticed one thing that was unusual and concerning.  There were hundreds of people waiting for the shot.  I did not see a single non-white person.  This area of Jersey is a smorgasbord of ethnicities and colors.  I only saw white.  It reminded me of a John Denver Concert I attended years ago.  I have no idea how this happens, there are no questions of race on the sign up list.

I had no reaction from the shot other than fatigue.  I came home and slept on and off all day.  I hear that the second shot can be a bear.

Actually, there was one other Covid shot symptom.

Before and during dinner we watch game shows, “Chain Reaction,” “Jeopardy,” “Wheel of Fortune,” “America Says” and others.  Some of these shows I am pretty good at.  I even sometimes run a category in Jeopardy.  Tonight, I did not get a single question, single word connection or single puzzle correct.

Later I received a test message from the vaccine people asking if I had any reactions to the shot.

“Clearly the shot made me tired all day, but that’s about it.”

“Actually there is one more thing; I think the shot made you stupid.”

Leave it to Mrs. C