Well It Wouldn’t Start For Me!

Well It Wouldn’t Start For Me! 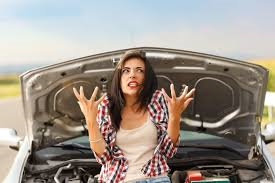 
What man has not heard this from his mom, sister, girlfriend, or wife?


Car won’t start, power tool doesn’t work, faucet won’t turn, lock won’t unlock, any number of items that will not work, and a woman will turn to a man for help.


Invariably when the car starts, the tool works, the faucet turns or the lock unlocks on man's first try the woman will say, “Well it wouldn’t start for me!”


RT- Not Mrs. C, she revels in starting things and fixing things.


Men do not mind this piece of female incompetence.  We generally find it endearing.  Outside of assisting in procreation, we serve no other purpose in life if not for starting things that won’t start.


Yesterday something happened that may force me to sit when I pee.


Preparing for bed, I accidentally knocked over a glass of water that was on my night table.  I say “accidentally” because I was stone cold sober.  There was a time in my inebriated past where knocking stuff over was so common that it could not really be ruled “accidental.”


A half cup of water spilled onto the floor, and some landed on my surge protector power strip which had my computer charger plugged in.


“Oh well” I thought, “The surge protector was not on. No harm no foul.”


Then I checked my computer which was badly in need of a charge.  It was not charging.


I gave up and spent the rest of my night on my crappy backup computer.  I slept crummy as I was pissed off that a simple spill would somehow fry my charger.


In the morning I tested the charger again; every way from Sunday.  Still it was not charging.


I brought the computer and the charger, hoping that they would have an adaptable charger and I wouldn’t have to order one through the internet.  I wanted my good computer and I wanted it now.


The geek squad dude took the computer behind that curtain they have where they play “Wizard of Oz” and you can’t see them mess with your stuff.  He came back with a slight smirk on his face.


“Works fine with our charger, let me try with yours.”


At least now the toilet seat will always be down.