Bug Up His Butt

Bug Up His Butt 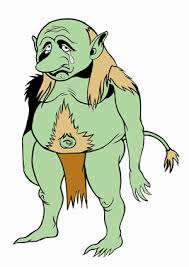 I don’t really remember when it started.  At least four years ago, probably more, a doctor, a Viet Nam veteran from Montana decided to poke at my political views.  I have since learned through losing a good friend on Facebook, that social media is not a good venue for political conversations.  It does not lead to rational discussion.


The cover of the internet brings out the worst in people.


I don’t believe I have been an instigator, but I have been guilty of using social media for asserting political opinions.  I learned my lesson and for the most part have been pretty good at avoiding SM for political discussions.


I delete most Facebook political memes. I unfriend some who are relentless in opinions, either side.  I un-follow bloggers who feel the need to constantly put their two cents worth on political events.


Still the above-mentioned doctor veteran occasionally finds the time to chime in on my post.  The post could be about air travel, or making breakfast, and he will turn it into a political jab at what he perceives is my position as an unwashed ignorant deplorable.  In fact, he has no clue on my positions to most issues in our world today.


I tried to be nice to him.  I once commented on a post of his about veterans, that I thought veterans should have special consideration for their sacrifice, including a tax exemption of up to $50,000 income.  He responded that no such thing existed and that I was an idiot for believing it…read much?


Later I posted satirically about overly testosterone males and in a dig at myself used the phrase “I’d tap that” in reference to annoying men who comment on woman out of their league.  It was a joke, maybe not a good one but…Doctor Troll came back saying if I said that about his daughter, he “would go all cowboy on my ass.”  Not sure what that meant, and not sure he is cowboy enough, but I am also no longer eleven so…


Anyway, that led to a stupid pissing contest that I should have ignored and not participated because, well, I am no longer eleven.  I thought we came to a truce, but he loves to poke.  Eventually I just deleted his comments without even reading past the first few words.


If you see a comment “deleted by the administrator” this is why.


If this troll’s biography is accurate, and I believe it is, I would like to respect him for his service and obvious intellect.  Sadly, as my father used to tell me, “there are more horses asses in the world than there are horses.”

This is his last comment that I actually read: I know this’ll likely be deleted before reading, but do you know joeh how repetitive, how similar in content each post of yours are? I guess you have a target audience that likes this, or at least responds, but geeze, get original. So far you live up to every stereotype of your cranky old man persona, boring and forgettable.  Sorry but it’s true.

Why thank you troll, that is such a productive comment.  I'll try and change and be more original six day a week for another 8 years.  Maybe I could write about my kids, grand-kids and the weather every frickin post like you do, you incredibly talented hack!


So, from this day forward I say to my troll, knock yourself out, your comments will not be read, they will be once again deleted and forgotten.  You sir are dead to me.  Sorry you are such a miserable prick.

You need to take up a hobby, perhaps fishing.  If you already fish, you should fish more.