Are The Publishers Clearing House?

Are The Publishers Clearing House? 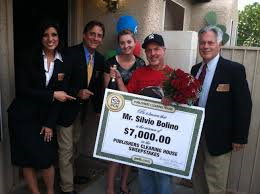 
The next week we received two more similar announcements from Publisher’s Clearing House.  The forms in both were filled out and returned.  Mrs. C may have made another small purchase.  All the letters and forms clearly say purchase of any item will not increase your chance to win $7000 a week for life, but Mrs. C thinks they lie and a purchase will increase your chances to win.  Hey, for $7000 a week for life, a few tchotchkes are a good investment.


It is now April, and we have received at least two such letters from Publisher’s Clearing House every week…sometimes more.  They now claim the final drawing will be in May, but I think they have dangled that carrot at us before.  Mrs. C thinks she has returned every entry form and she made several other purchases.


I hope they do have a drawing in May and end this relentless process of sending multiple entry forms.  If I am not going to win $7000 a week for life, I would like to find out soon before I start to spend it.


So far Mrs. C seems to be keeping up and we are apparently still in the running.  We were planning a trip in May, but we may have to postpone it so we do not miss submitting one of our weekly entry forms.