Warning, I’m not sure where this post is going, but it may involve a slight rant and the use of some unpleasant language. 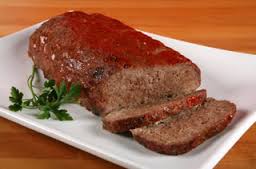 No, not that stuff 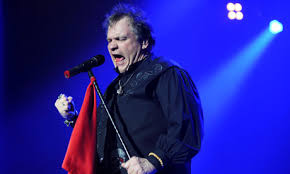 
On Monday we went to a Meatloaf concert In New Brunswick, NJ.  You will have to take my word on this as I did not take any photos or videos to confirm my attendance.  I did not take any pictures because there were about fifty signs, an announcement, and ushers all telling the patrons,


“PLEASE TURN YOUR CELL PHONES OFF AND DO NOT TAKE ANY PICTURES OR VIDEOS!!!”


Unlike every third member of the audience, Cranky follows instructions…besides, those pictures always end up blurry blobs of nothing, especially from the cheap seats which is where we were seated.


Well the seats were far back, they were not that cheap, and mine was a little smaller than everyone else’s because the lady next to me had her coat draped into my space.  Before I sat down I didn’t say anything as I assumed she would see and politely move it.  Instead she just ignored me and left it draped all over the arm rest and partially into my seat.


WHO THE FUCK DOES THAT? (See I thought that might happen) I still didn’t say anything to the lady; I don’t like to make waves.  Also I had to check out her date.  He was a short fat guy.  Having ascertained that any argument would not end up in a dangerous altercation I stood up and more audibly than necessary said to Mrs. Cranky,


“I gotta take off this coat, it is really hot, I hope there is enough room on my seat to put it.”


“With that the lady said, “Oh, is this in your way should I move it?”


“Well it doesn’t mention a coat in my seat on my FUCKING ticket!” (Actually I said, "Yes, that would be nice, thank you." )


Finally the show began.  Meatloaf is very entertaining.  He has a unique voice, but along with that he is a performer.  Each song is acted out and very animated.  He is fun to watch.


I am not that familiar with all of Meatloaf’s music, I love “Paradise By The Dashboard Light” and I enjoyed him when he was on “Celebrity Apprentice.”  He appears very angry, but then sometimes turns into a big Teddy Bear.  He is nothing if not intense.


When it came time for him to perform the much awaited “Paradise By The Dashboard Light”, three people in my line of sight held up their cell phones and began to record it all.  Now I understand a quick snapshot to post on Facebook so all of your friends know where you are, but to video a whole number? Especially when they were told in no uncertain terms:


“PLEASE TURN YOUR CELL PHONES OFF AND DO NOT TAKE ANY PICTURES OR VIDEOS!!!”


This videoing disturbed me for several reasons.


2.    I was forced to watch the performance I was most looking forward to through a blurry three inch screen instead of live on stage.


3.    No one was ever going to watch their stupid video anyway.  For crap sake if you want to see a video look on YouTube…It isn’t rocket science.


4.    And, seriously, who holds a phone up in the air blocking the view of those behind them? Have they even heard of manners?


Not wanting to make waves, I merely commented to my wife in a voice possibly more audible than necessary,


“CAN YOU SEE ANYTHING? ALL I CAN SEE ARE THOSE FUCKING CELL PHONES IN FRONT OF ME!” (I warned you.)


Fortunately for me, the cell phones were put down and turned off and I enjoyed the rest of the concert very much.


The only other annoyance of the night was getting out of the parking deck.  There was no attendant and the machines that collected prepaid tickets were out of order.  There was a traffic jam behind the gates which would not open.  A number for assistance was called and after an aggravating wait of about twenty minutes an attendant came, raised the gates, and we were able to leave.


(You had to know that was coming.)

Almost forgot, Thank you Veterans!!
Posted by joeh at 12:09 AM