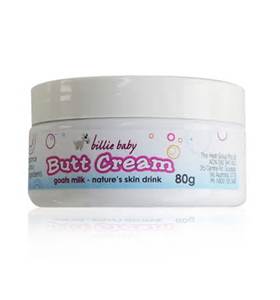 Warning, the following post contains TMI.  If you are at all squeamish, do not read any further…go visit Sarge @ http://oldafsarge.blogspot.com/  and enjoy some interesting history and really cool pictures of planes.


Several years ago I developed a rash on my left butt cheek. It was like the rash you would get as a kid from sliding into third base, only this rash was from sitting too long in bed or on my reclining chair.


The rash would itch, it would scab over (sorry) and then under the flakey scab a new itchy rash would appear.  It was like the circle of strife.


It gets a little less gross from here.


Mrs. C. urged me to see the doctor about the rash, but I insisted he could do nothing.  I tried all the powders and creams in CVS, what could the doctor do.


After repeated nagging I finally submitted and went to see the doctor.


The doctor took one look and said,


“Ooh that is nasty, it has already reached full crustacean and crepitating!” (I may have misunderstood this diagnosis.)


So the doctor wrote a prescription which because of my experience with Mrs. Cranky’s shopping list I could clearly read was for “A tub of crayola legumes and a pot of escalated elephant grump.”


It turns out the prescription was something else, two tubes with a combination of ingredients out of high school chemistry and Latin I.


Whatever was in those tubes, within three days the rash was gone.


It was a miracle.


About six months ago, the butt rash returned.  I looked all over for the magic butt cream but it was not to be found.


I went back to the same old powders and goop that didn’t work several years ago and not surprisingly the stuff was still ineffective.


Finally I decided I’d better go back to the doctor for a new prescription.


It turns out that as usual, Mrs. C was on the ball,


“I saved the boxes; the prescription is good for one renewal.”


Then I got a 15 minute “I told you so” on why Mrs. C never throws anything away.  It was worth the lecture.  We renewed the prescription and three days later the butt rash was gone.


I have several questions after this experience.


Why do I need a prescription for these tubes of butt cream?  Why can’t I just go to CVS and buy it over the counter?  How many butt sufferers could be relieved if there was easy access to this stuff?


Is it addictive?  Will I get hooked and have to slather my butt with ever more gobs of butt cream if it was easily available? Does anyone end up going to Betty Ford because they can’t get off the butt cream?


I have an image of being locked in a padded room after being told,


“Just a few days Mr. Hagy, and then the urge to cream should subside.  Be strong, we’ll get you through this.”


The image is too horrible to contemplate; I think it best if my wife hides the butt cream.  I have admonished Mrs. Cranky that unless the rash returns, do not give it to me…no matter how much I beg!


Already I am a little antsy…I feel the need to slather.
Posted by joeh at 12:06 AM