THE CHAMPAGNE OF BOTTLED BEER

THE CHAMPAGNE OF BOTTLED BEER 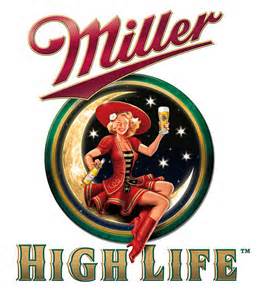 I am not a beer lover, so I am clearly not qualified to discuss the subject of beer.  Still, I have never let lack of expertise get in the way of my opinions.  I do enjoy an occasional beer especially on a very hot day after working in the yard…ok, playing a round of golf.


My beer of choice?  Miller High Life, because it is the champagne of bottled beer.  Also because as a young lad my mom had one beer every day.  Every day at five o’clock she had a can of Miller High Life.  She referred to it surprisingly enough as her Five o’clock beer.  When five o’clock rolled around, it was a young Cranky who was asked to fetch the High Life.  As payment for the beer fetching, I was allowed one sip (gulp) of the five o’clock beer.  Anyone will tell you, the best part of any beer is always that first sip and so it is that taste, the first sip taste of Miller High Life that was seared into my taste bud memory.  Any other beer is just not the same.


What has inspired this beer post?  They do not serve Miller High Life in most bars and restaurants.


Oh no they do not!  They all serve Miller Lite…eeech.  Light beers are like water.  They serve fifteen zillion imported beers, including several from Mexico.  Mexico!  Famous for water that makes you shit for days.  It is easy to find Mexican beer, Mexican beer that is brewed with Mexican water that will make you shit for days is served in every bar and restaurant in the country, but no Miller High Life.


There are craft beers sold all over, pumpkin beer, lime beer, wheat beer, beer with cute names like “Old Rotten Turtle Beer,” and “Shark’s Tooth Ale.”  There must be over 1000 different beers sold in this country, most sold in every bar and restaurant, but you cannot buy Miller High Life.


At one time this country had a brewery in almost every town and three or four beers sold nationwide.   There was Budweiser, Miller, Schlitz…and maybe Pabst Blue ribbon.  If you went to any bar or restaurant in the nation and ordered beer your choice was the local brewery beer, Bud, Miller, Schlitz or Pabst.


Now you cannot buy Miller High Life at any bar or restaurant.


You can buy Stella Artois which I found tastes exactly like Miller High Life, but it costs almost twice as much.


There are a multitude of problems in this country; immigration, taxes, terrorism, crime, prejudice, the economy…


If you want my vote for President, promise me Miller High Life in every bar and restaurant.


I want a burger, fries, and “The Champaign of Bottled Beer!”
Cranky Old Man was not compensated in any way for this post...I will re-run it for a case if Miller's is interested.
Posted by joeh at 7:50 AM