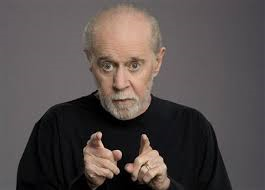 
The following is the opinion of a cranky old man with little credibility on the topic opined.  Opposing opinions are welcome but will be ignored.  As always, please, no name calling.  That means you, you big stupid-head!


When I am watching a movie on TV and someone is called an “ass-beep”, why would I be any more or less offended than if I heard “ass-hole?” Sometimes I wonder what the person was really called; ass-wipe, ass-head, ass-?...what is it? Why can’t we all just grow up? Words can hurt, but only when they are intended to hurt; otherwise they are just words.


“You are one stupid nigger!” Very offensive.


“Huck rode down the river on a raft with “nigger” Jim. Not so offensive; it is a book, it is history.


My son tells a story of when he coached high school baseball.  One of his players called a player on the other team a “Retard.” Not nice; offensive.  It was especially offensive to the opposing coach as his son, a “slow learner”, was at the game.


At the end of the game the opposing coach lambasted my son and called his players a “bunch of morons.”  My son genuinely apologized for the offensive term and reminded his players how words can hurt.


When he relayed the story to me he added, “I didn’t think it would be proper to mention that before slow learners were called ‘Special’ and before they were labeled as ‘Retarded’ they were called ‘Morons.’”


It is context and intent that make a word offensive.  In the wrong context or with the wrong intent, even politically correct terms are offensive.


If a group of Caucasians surrounds a person of color and says, “Excuse me African American Man, you don’t belong in this neighborhood.” Is that any less offensive than, “We don’t want niggers in this neighborhood?”  I know I would be just as offended, threatened and scared, if several persons of color told me to “Get your Caucasian person out of here,” as I would if I was told to “Get your honkey ass out of here.”


Words are words; it is context and intent that can make them offensive.


This is not a radical idea or anything new.  George Carlin covered it best with his famous rant about the “Seven words you can’t say on television.”  Which by the way we have since added a few.


Check it out on YouTube; you’ve probably heard it and laughed at it before, but go take a refresher.


Six of those words are pretty harsh, and I try not to use them unless context absolutely requires, but the last one, even George admits is super tame.  I won’t mention the other words, but in tribute to George Carlin I will use the last, with no intent and without context.


You have been warned.  Close this post, turn down the volume, change the channel and clear the room of little children.


The preceding was the opinion of a cranky old man and not necessarily that of management…Mrs. Cranky.


Some words in this post may have been offensive to some readers.  The Cranky Old Man apologizes for offending any reader.  It was not my intent to offend.
Posted by joeh at 12:52 AM