PLOW ME TO SLEEP

PLOW ME TO SLEEP 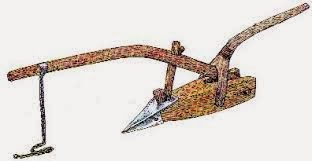 
Friday night was a party night…well there was drinking involved.  In addition to taking 17 credits my freshman year, I was also learning how to drink.  I eventually learned to master drinking, much to my detriment 45 years later, but in 1964 I was a rookie.  As a rookie in the art of drinking, my three Saturday morning classes were difficult to say the least.


One particular Saturday morning I was barely able to drag myself to my eight o’clock history lecture.  Operating on about three hours of sleep and sporting a well-deserved throbbing headache, I crawled into the large lecture hall and was forced to take a seat in the front row.


The Saturday morning history lecture was delivered by a different professor each week.  This week it was my misfortune to be in the audience of Professor Gendabien.


Professor Gendabien’s specialty was Medieval History.  This particular lecture was on the historical importance of the Medieval Plow.  It was a riveting performance to be sure, but in my condition the Medieval Plow did not capture my imagination and I did not get caught up in the professor’s enthusiasm for the topic.


To add to the luster of the history of the Medieval Plow, Professor Gendabien’s delivery left much to be desired.  His lecture was spoken in a boring monotone style, punctuated every thirty seconds by a throat clearing cough which sounded much like a ricochet bullet in a cheesy 1950’s western movie gun battle.  The ricochet cough was the only thing that periodically jarred me awake during the dreadfully boring dissertation on the vast importance of this ancient farming tool.


Professor Gendabien had one more interesting speaking trait which made staying awake difficult.  He had a never ending string of white spittle which connected itself to his upper and lower lips and wandered slowly back and forth from one corner of his mouth to the other like a bear in a carnival shooting range game.  It was disconcerting to say the least and more than reason enough to close ones eyes to avoid the disgusting dance of the spittle string.


The battle to stay awake on only three hours of sleep while sporting a splitting headache was on.  The hangover plus boring topic plus monotone speech plus aversion to the back and forth spittle was slowly overtaking the effort to keep awake aided only by the periodic abrupt ricochet cough.


I might have gotten away with spending the lecture in the land of nod if I had come to the class early enough to get a seat in the back.  I still might have avoided notice as my head was stealthily propped on my right hand and my left hand was in the note taking position, if not for my chain-saw snoring which apparently was even louder than the professor’s annoying ricochet cough.


My only memory after I was forced to shut my eyes to ward off the stomach churning sight of the lip spittle parade was the professors droning monotone voice gathering into a crescendo which finally reached several decibels above a Jimi Hendricks solo riff.


I awoke to the sight of the professors pant legs and slowly tilted my head to see an enraged Professor Gendabien who had walked from his podium to the front row and was glowering down at me.


“YOUNG MAN, I SUGGEST THAT IF YOU ARE UNABLE TO ‘hack-hew’ (oh that friggin cough) STAY AWAKE IN THIS CLASS, PERHAPS YOU SHOULD JUST GRAB YOUR BOOKS AND LEAVE.  OTHERWISE OPEN YOUR EYES AND PAY ATTENTION!


Apparently I was expected to mutter an apology, straighten up and pay attention, but all I heard was GRAB YOUR BOOKS AND LEAVE.


I said nothing. I grabbed my books, and I unapologetically exited the auditorium.


I learned later that my stoic departure from the lecture hall so infuriated Professor Gendabien that he lost his spittle and was unable to complete his fascinating dissertation on that historically important tool, the Medieval Plow.


It was this incident that sealed my decision to become an Economics Major, and avoid all history subjects, especially those taught by Professor Gendabien.


It also gave new meaning to the Friday night ritual of drinking beer and getting “Plowed.”
Posted by joeh at 9:58 AM