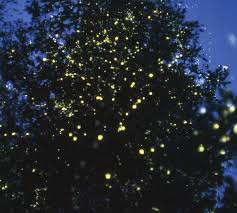 A blog/Facebook friend recently commented that she just saw Fireflies for the first time in her life.  This friend has moved in the last few years from England, to California, and then to Arkansas.


Fireflies are so common here in the Northeast; it was hard to imagine that anyone has never seen them.   Then I remembered the first time I saw “lightning bugs.”  I lived in Southern California from age 4 to 8.  When we moved back east my first firefly sighting was exciting.


We captured them and put them in a jar with holes punched in the cap to create a living flashlight.  I think we later released them but I don’t remember…let’s just say that we did.  The sight of thousands of fireflies in the trees at night is a truly spectacular sight that we often take for granted. 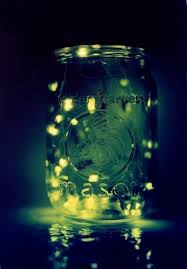 How many other marvels of nature do we gloss over until someone points them out?  When I returned “back east” at eight years old, I also remember my first serious snow fall.  People often dread the snow.  I still am fascinated by it.  A good snow storm makes me feel young again.  I go right back to those days of listening to WOR and John Gambling, praying to hear that my school was closed for the day.  I love to look out at the street light at night during a big storm and watch the snow fall while I am safe and warm inside.  It is hard to imagine that some people have never experienced snow. 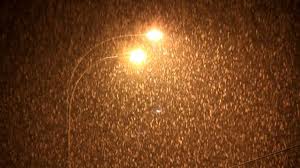 There is so much in life that I have not seen.  The Aurora Borealis, an eclipse of the Sun, elephants in the wild, a painted bunting, a Super Bowl Game from the fifty yard line, a wood duck, and lately my toes in the shower.  Sometimes we need to stop and enjoy the wonders we do get to experience every year that many people only dream about.