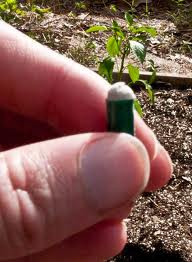 
I would like to introduce a new word to our lexicon.  Actually it is not a new word, it is an old one invented by my friend years ago.  If you need to give credit for this word, credit it to a Mr. Charles Widmer, aka Chuck, Wink, Ditmus and for the sake of humor in this blog…”Asshead.”  The word:


What is this word?  It is a noun meaning any little unidentified thing which can only be held between two fingers.


Years ago while working a summer job installing underground sprinklers with Ditmus, I encountered a tiny unknown object in our truck.


“Hey Chuck, What the hell is this?” I asked while holding up the tiny thing between my thumb and middle finger.


Charlie took one quick look and declared, “It’s a Gubba.”


“A Gubba, any stupid unidentified thing which serves no apparent purpose is a “Gubba.”


It worked for me, and it saved a lot of head scratching and useless identification.


If a sprinkler head was clogged, what caused the clog? A Gubba.


Something caught between your toes that was driving you crazy?  A Gubba.


I have not used this word in years.  What prompted me to submit it as a new entry to our lexicon?  When toddler sitting on Grandpa Joe Thursday I found myself using it again, and with great effectiveness.


No need to figure out what the tiny thing really is, no need to explain.  Just “It’s a Gubba!” that seems to satisfy a toddler.


There are lots of Gubbas around a house that has toddlers; little things which might gross you out if you knew what they were.  Better to not even research and find out.  Just pick it up and flick it in the garbage.