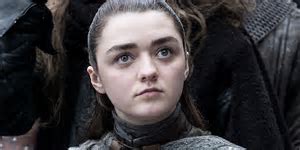 DISCLAIMER:
I am not watching Game Of Thrones


Mrs. C recently got into “Game of Thrones.”  Encouraged by her brother that “You have to watch” she binged all the seasons on the HBO on-demand function.


I tried to watch, but for various reasons, most relating to being an old fart, I found it unwatchable.  I do peek at it occasionally while messing around on the computer and Mrs. C is watching.


Recently I’ve been reading that “Game of Thrones” viewers are upset at a sex scene from the latest episode.  Apparently a young lady that has been on the show from a young age was in a sex scene where she is now about 17 (TV age?).  Actually it is not even a sex scene, but more of an inferred sex scene.  She is seen briefly with her backside undressed and then later shown resting with a man under covers.


Based on several articles I have read this scene has upset many people.  The idea of this young girl having sex is disturbing to viewers.


While only casual observing this show by peeking up from my computer screen, I have seen people having dinner while others were having intercourse of the sexual kind in the corner of the room.  I have seen multiple heads lopped off.  There is violence and human degradation of which I could not even imagine.  There are flying fire breathing dragons and zombies.  There is backstabbing literal and figurative.  This is not a show for the faint of heart.


And yet, a seventeen year old girl in a time where you were lucky if you lived passed thirty, having sex with a slightly older man is upsetting to many viewers.


I asked Mrs. C why was this scene such an issue especially on a show that is over the top with violence and degradation.