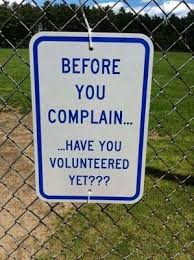 Sam Shapasshole
The last time I ever failed to step backward fast enough resulted in my coaching AA Little League baseball.  These were eight and nine year old children.  Few could hit the ball or throw worth a hoot.  Some could catch a fly ball.


RT - Apparently there is a portion of a child’s brain which allows them to properly judge the closing distance of an object in motion.  This part of the brain does not fully develop for most children until the age of nine-and-one-half.  This is why most eight year olds try and catch a ball by sticking their glove out and turning their head away.  Most kids really should not start to play baseball until age ten.
My first duty as coach was to choose a team of fourteen kids from a list of 120 children of whom I knew maybe 20.  I then called the parents to notify them their child was on my team.
My very first call was to the father of my second to last pick, Sam Shapasshole (name slightly modified to protect anyone named Shapiro).  When I told Sam’s dad his son was on my AA team he went ballistic.  “WHAT? Sam is 10 he should be in AAA!! (Sam was close to ten but he was in fact nine).  YOU do something right now to get him in the right league!!"
I calmly directed him to the league president to straighten out his issue.
Sam ended up on my team.
That season:
Sam did not like his uniform number.  Mommy and daddy (both short fat loud annoying pieces of shit) were not happy.
Sam’s pants were too big.  (Mommy and daddy had picked them out.)
Sam lost his hat.  (Three times.)
Sam wanted to pitch.
Sam didn’t want to pitch
Sam could not wear his hat correctly (brim facing forward.  My only rule.)
I was informed that Sam was A.D.D. so I needed to treat him special!! (Thirteen other kids on the team were daydreamers with a short attention span…oh they were NINE YEAR OLD BOYS!)
Sam lost our catcher’s mitt which cost me $75.  (He refused to catch…don’t ask.)
Sam’s parents left the game and did not pick him up for 15 minutes after the game was over.  (It was OK; I had nothing better to do!)
After the last game of the season, Sam’s dad offered me two tickets he got free from work to that day’s Yankee game.  I said I might be interested.  He then told me he only wanted $30 apiece for them.  It was at that point that I told him, “You know what…Go Fuck yourself!”


(Well I wanted to tell him that)


The next year at the AAA championship game (I was just a spectator) Sam’s dad got thrown off the field by the league president for taunting the umpire, a twelve year old kid.


He also ran for Mayor of the town that year.  He received 8 votes.
The next time you read about insensitive over-zealous horrible parents who coach youth sports please think of Mr. Shapasshole.


Note: If anyone named "Shapasshole" wants to sue me for slander I have about 150 witnesses to the above behavior.

You are a turd!

Tomorrow some nice Little League stories.
Posted by joeh at 12:27 AM