It All Started with Designer Jeans

It All Started with Designer Jeans 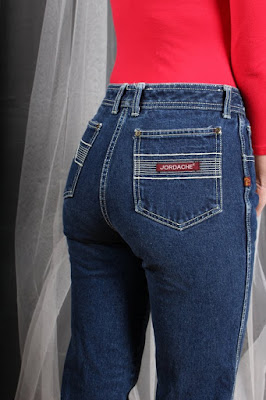 Money, to generations after mine, seems to be no object.  I’m not sure when this happened, I first remember it being with blue jeans.


When I was young, I’m pretty sure blue jeans (we called them dungarees) were not that expensive, maybe three bucks.  For parents who lived through the depression that might have seemed like a lot.  Jeans, however lasted forever and with three sons, a and-me-down society, and knee patches, my folks got a lot of value out of that 3 bucks.


Somehow when I became a parent, blue jeans were a “designer” product.  I remember there were Gloria Vanderbilt and Jordache jeans which sold for $60 or more.  The old traditional Levy’s which lasted forever were maybe $10, but my children and all their friends had to have “designer” brands.


Then there were sneakers…OMG! My sneakers and all my friend’s sneakers were “Keds” and bought at the supermarket for a couple of dollars.


Children after my generation would run away from home before wearing “Keds.”  They demanded sneakers that cost as much or more than those damn designer jeans.


Now if my children read this, they will claim I did not buy those jeans or sneakers…they may be right, I know I fought it tooth and nail.  As I recall I lost most fights…Mom stepped in and let me know that I just “Do not understand!”


I do know I wore $19.99 shoes to work that were from Kmart which looked like crap after a few weeks, but they had to last a year.  I drove a 20-year-old Volkswagen to work that my kids whined about having to use when they got their license.


Currently my step-daughter is planning a wedding.


I remember weddings at the Holiday Inn, baked ziti, chicken parm, and dancing to music from a local band…AND, everyone had a great time (ok there was alcohol).


A wedding today compares to those Holiday Inn (or maybe a VFW) bashes much like the designer jeans to my old dungarees.


I am not paying for any of this, well indirectly maybe a little, but I still had to voice my opinion that the cost is just ridiculous.


“Wouldn’t they prefer a less expensive celebration and have down payment on a house?”


I blame those damn designer jeans!