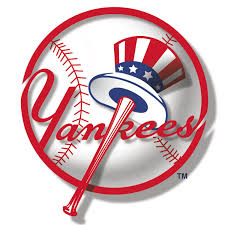 I am a fair-weather baseball fan.  I admit it.  When it comes to football, I watch every game, crummy team or Super Bowl contender, I watch my favorite team.  Basketball I only watch during playoffs, and then only if it is the Knicks.  Yes, I am THAT fan.


I didn’t used to be THAT fan, especially when it came to baseball.


I root for the Yankees.  I have always rooted for the Yankees.  Growing up in the fifties and sixties there was only fair weather for Yankee fans.  We were always in the pennant race and generally in the World Series.


I knew all the Yankee players, all their numbers, all their lifetime stats and what shaving cream they used.  The late sixties and the seventies, were the doldrums for the Yankees, but I still knew all the players and held out hope every year for the return of the dynasty.  The great one, Mickey Mantle, was ending his greatness, but he still held my attention.  There were others to hope for the same greatness, Bobby Murcer almost fit the bill, but he did not quite have the power or speed.  He had the personality, and was a terrific announcer before his sad passing from cancer, but not the same charisma.  Kevin Mass got me excited, but he fizzled out when opposing pitchers found his weak spot.


Then the Boss bought the team.  Not Springsteen, Steinbrenner.  George Steinbrenner bought talent, demanded excellence, and in the late 70’s the Yankees were winners again.  In most of the 80’s and early 90’s the buying of talent did not work so well.  Then the Yankees developed much of their own talent.  Bernie Williams, Mariano Rivera, Jorge Pasada, Robbie Cano, and of course Derek Jeter.


To these great players they added Alex Rodrigues, Teixeira and others.  They were fun to watch and fun to root for…and they won!


Recently, Rivera, Teixeira, Pasada and Jeter retired.  Rodrigues lost his luster from the steroid controversy and the final straw, they let Cano go.  Add to that, my Yankee fan partner son, was whisked off to the land without an “R”, the home of the hated Red Sox and the weather turned stormy.


I have not watched the Yankees for the last year or two.  This year I saw in the sports page that the Yankees were again contenders.  They have a lot of young exciting talent.  The clouds are lifting and the fair-weather fan is back.  I am just starting to learn the players.  They have a pitcher from Japan who looks pretty good, they have a closer who is lights out.  Their shortstop can field and hit and they have a second baseman with power.  In right field is a huge person who hits huge home runs, and their catcher could be an all-star for many years to come.


The Yankees are winning and they are fun to watch again.


My biggest issue so far is learning the player’s names.  I used to think it was cool that the Yankees never put the player’s names on their jerseys.  Now not so much.  When you don’t yet know who is who, they all look the same and I don’t know the numbers yet.


I am learning, and I am watching.  I can hear all you diehard fans booing.  You suffered forever with your Cubs, or your Phillies, or your O’s but you root year in and year out regardless.  You hate us spoiled Yankee fans.


The sun is out again and I am back as a fan.


Yankee fans are used to being booed.  Give me your best shot.