That Magical Time of Year

That Magical Time of Year 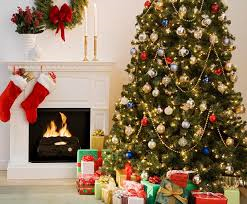 I have to admit, I am getting too old for Christmas.   This is still my favorite time of year; I just choose to sit back and enjoy it and not participate in much of the traditions.


As a child I could not wait for Christmas morning, it was the most magical day of the year.  It was made magical by my parents who put up lights and decorated after Thanksgiving, but saved some of best stuff for Christmas Eve when little people were in bed.  The tree was decorated, but overnight it magically was covered with extra tinsel and adorned with candy canes.  Where did they come from?  The stockings were empty at bed time, but in the morning they were bursting with candy and other goodies.  The tree was lonely at night, in the morning there were dozens of presents wrapped and scattered around it.


My brothers and I could not descend the stairs to see the magic without first waking mom and dad.  We shook them and serenaded them with “We Wish You A Merry Christmas.”  It always amazed me that they were not as excited as were we to see the magic.  The smell of coffee, pancakes and bacon for breakfast which always preceded any present opening, only added to the magic and the anticipation.


When I became the parent, I tried to carry out the same traditions and create the same magic.  I also learned why it was so hard to wake my parents up on those magical mornings…I don’t know about my parents, but I generally was still sleeping off a snootful of eggnog heavily laced with scotch.


Currently without children in the house I see no need to make the magic.  Mrs. C and I don’t even put up a tree or stockings.  I did suggest we put something green on the front door,


“You know, to keep the Jews from leaving a Christmas dreidel.”


“You idiot, that’s Passover, it has nothing to do with Christmas, the Jews celebrate Chanukah and they don’t leave dreidels by doors without anything green!”


“Well we should put something green on the door anyway.”


No matter how you worship, it is a magical time of the year.
Posted by joeh at 12:01 AM