Like it or not, it is Sunday and here are this week’s stupid headlines and my even stupider, sophomoric, and sometimes offensive comments. 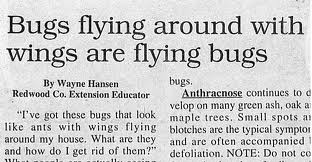 Drive-through customer shoots into fast food restaurant after being told to turn down music – “You want hollow-points with that?”


Thousands march in Paris against austerity – What a surprise, liberal France is in favor of irresponsible government no matter what.


NYC teacher sues city, claims he was beaten up by first-grader – In his defense, the boy had been left back…so…


So THAT’S The Colonels’ secret receipt.


Puts new meaning to “I’ll have one for the road.”

Unusual Dallas Earthquakes Linked to Fracking – Can’t they convert the shaking earth into energy.  When life gives you lemons…


Colorado movie theater shooting suspect claims his rights were violated – First of all he is pleading insanity so he is not a “suspect” he is a killer who may or may not be found insane. 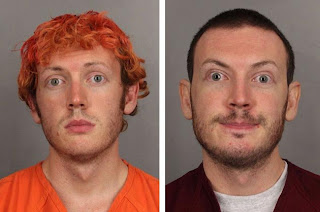 
The claimed rights violation is the release of the photo on the right.  And that photo hurts his plea of insanity how?


Student Who Got 'Gay Cure' Sues California Over New Law – I’m not sure that the California law is a good one or not, but the “Gay Cure?”  Hmmm… “When you hear a bell you will cluck like a chicken!”  That could be the “Homo Sapien Cure.”


Why Is It Illegal To Ride a Manatee? – Come on!  Everyone knows, “You don’t tug on Superman’s cape, you don’t spit into the wind, you don’t ride the back of an old manatee, and you don’t mess around with Jim.”


Florida Man Recovers From Lightning Strike while flying kite – Dude!  It’s been done already, like 135 years ago in Philadelphia.


Sex offenders say city's Halloween ban violates their civil rights – Hmmm…how to respond…how about…FUCK YOU AND YOUR CIVIL RIGHTS!!! CIVIL RIGHTS are for civil people, not child diddling scum of the earth pieces of SHIT!!  What the fuck are you even doing NOT behind bars?...Yeah, that’ll work.


Study: Free birth control leads to fewer abortions – Who paid for this study?  Could there possibly be any other outcome?  In what universe could anyone think that free birth control could result in MORE abortions?


Mountain lions migrating from Nevada to California – Hunting mountain lions is (Microsoft Word wants this to be ARE, not IS, but I disagree) legal in Nevada, illegal in California.  Perhaps we should have a Federal Study to explain this strange migration pattern.


Congressman calls evolution lie from 'pit of hell' – Please tell me this dude is not a Republican……damn.
Posted by joeh at 10:21 AM