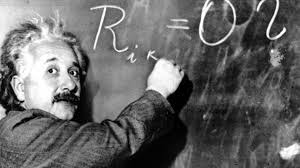 Eminently qualified for a job,  these people by sheer intellect, drive and absolute devotion to their area of expertise become successful in their chosen field.  Not highly successful, but they reach a moderate level of success by virtue of their competence and productivity.

These people are useful tools for the truly successful people:

The most successful people in any area are the CEO’s.  These people learn just enough about any issue to recognize the true experts and direct that expertise in the most productive way.

The third category is the

“Didn’t anyone test that first?”

“No one could have ever predicted that.”

They protect themselves of future mistakes by voicing comments as:

“I am concerned that this may not work.”

The middle manager has enough expertise to be dangerous, and enough political skill to hide his lack of expertise.

He does look good in a suit.

Recently there was a traffic jam on route I-95, the busiest highway on the east coast, during a snow/ice storm.

Apparently it was no ones fault.

“No one could have forecast such a storm.” (except the weather experts who did forecast the storm with dead on accuracy).

“Salting roads would not work as the rain would wash it away.” (except the rain hit the ice-cold road and instantly turned to ICE!)

Finally the jam which left hundreds stranded for over 24 hours in the cold without food, water or restroom facilities was blamed on:

“The idiots that thought they could go out and drive during a major snow storm!”

The idiots were mostly truck drivers bringing goods and produce to our homes and the empty shelves in our supermarkets.  Oh, and a Senator who almost became Vice President of the United States.

There is similar blame for Covid-19 deaths.  When faced with failure, blame the victims.

“Almost all covid deaths are the unvaccinated.”

That may be true, but it begs the obvious that you just can not convince 100% of any population to stick stuff in their body.  Many people avoid the shot because they do not trust government based on past medical experimental programs.  Some are just ignorant.  Some feel they are immune due to already suffering the disease.  Lots of reasons, some even valid.  (BTW I am double vaccinated and boosted.)

So the pandemic has hit us hard because:

“No one could have predicted the new variants.” (Except the experts who have been saying it for two years) and it is

“People’s own fault for not getting vaccinated.” (Those people are even responsible for the new variant and for giving Covid to the vaccinated!)

“Nothing we could do, not our fault,” claim the in charge non-experts.

Except the experts have developed therapeutics such an Remdesivir and Monoclonal Antibodies while middle managers make excuses and the CEO’s sleep.  These therapeutics are very effective and have been around for over a year. Why is there a shortage?

“Not my fault” “No one could have predicted the need” and “It is the anti-vacs fault!”

Six months ago experts said they had therapeutics in pill form that were potential “game changers” in the Covid battle.  It took months to test these pills to determine they were safe and effective.  Now in the middle of the Omicron surge these pills are proven effective and could save thousands of lives…except they are not available.

Middle managers waited until they passed all tests.  Now they will not be available until summer when the virus seems to be the least contagious.

Why did we not demand early full production of these therapeutics in anticipation of their potential effectiveness and safety?

I have not heard that question asked.  I assume the answer would be,

“No one could have anticipated the need.” Or “Not my fault.” Or “If everyone was vaccinated we would not need therapeutics in the first place.”

There is no shortage of experts in the country, our problem is we have an overabundance of Middle Managers, and too few effective CEO’s.