The Hidden Cost of Masking Up

The Hidden Cost of Masking Up 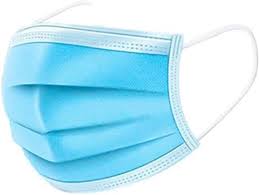 It seems to me that people are way less friendly than they used to be.  Airlines have seen a huge increase in belligerent passengers.  It has got to be the masks.

I have noticed that waitstaff at restaurants seem less friendly, and they rely on tips!  It has got to be the masks.

My son just told me about a pizza parlor owner busting his chops because he took a packet of hot peppers before his slices were ready for take-out.  It has got to be the masks.

In many States, and NJ is one, masks are required for all indoor venues.  There are several problems with these rules.

First of all, it seems that unless you have the super protective N95 masks, they really don’t offer much protection.  That assertion is born out by the fact that people keep getting infected even though they are wearing masks.  Of course, most mask wearers don’t wear them correctly, often leaving their primary breather, the nose, uncovered…or they get in your face when talking and pull down the mask because no one can understand the mask-covered mumble.

So, wear a mask, no big deal, except some people just refuse.  What is a proprietor at a store, or an airline attendant to do when someone refuses to follow the rule?  Ignore it? Then they risk a fine or losing their job.  I imagine workers get pretty cranky having to police mask hating customers.  They probably develop an attitude after a while and do not police politely.  Fights often in sue.

There are other problems with the mask.  Wear it for a long time and your breath stinks.  I found this out after a plane trip with Mrs. C.  When we landed she told me I need a piece of gum.  I said I didn’t want any gum. She said,

“You don’t understand, YOU NEED A PIECE OF GUM!”

We have to wear a mask in our bowling league, unless you are actively bowling, or eating, or drinking, so, only half the time.  While wearing the mask it is not a good idea to make conversation with the other team.  With a mask, facial expressions are hidden. I did not know how much facial expressions play a part in friendly conversation.

Our bowling matches are less amicable than before the mask.

Look, the mask thing was a good idea, especially when we thought you could catch this thing if you just walked through a Covid exhalation cloud wafting in the air from the person less than 6 feet from you.  Maybe if we all had the correct masks, and we all wore them correctly and we wore them ALL the time, maybe they would be effective; but we don’t, we don’t know how, and we won’t…so.

Enough with the masks.  Wear them if you want.  Just like wearing a hat in the cold won’t protect you from a cold, and not cracking your knuckles has nothing to do with arthritis, and standing back from the TV won’t save you eyesight, it won’t hurt.

Just don’t make it a law.  Especially a law that is almost impossible to enforce.

Whatever benefits there may be from wearing a mask (and the science is leaning towards very limited) in most situations, it is not worth the loss of civility those communication hindering, breath stinking, political dissention creating contraptions are causing.

At least they are nice outside in the winter when the wind chill is 15 degrees.